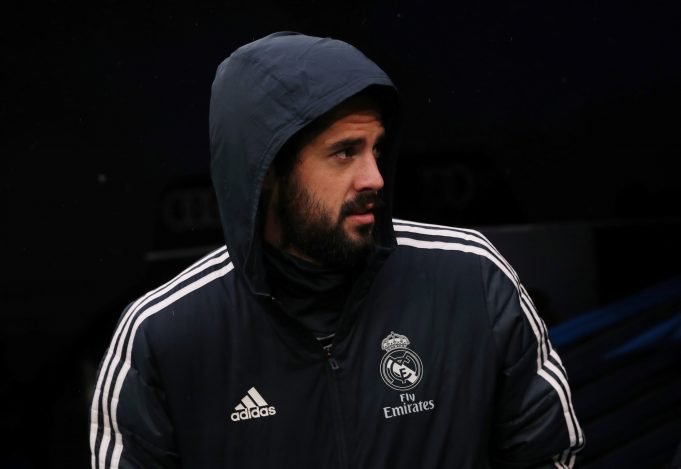 According to Rai Sport, as cited by Calciomercato, Chelsea are ready to take on Juventus and Manchester City to sign Real Madrid wantaway star Isco. The Spaniard has fallen down the pecking order under current manager Santiago Solari.

The report also says that the player is set to leave the club in the next summer transfer window and an array of clubs are ready to take him in. His skills in the midfield can’t be undermined and it is being reported that the two Premier League clubs are in the pole position to land the midfielder.

The player has been heavily underused by Solari this season, who has been in favour of playing Marcos Llorente and Dani Ceballos over him. This has not gone down well with the Spaniard and he is set to leave the club.

Chelsea have faced a few problems in the midfield this season with manager Maurizio Sarri changing things around a bit. His new signing, Jorginho, has not been able to perform as expected and Isco could come into the side as a very good option in the central midfield. Besides, Chelsea also has the financial muscle to land the brilliant midfielder and they should make most of this opportunity to land the Real Madrid wantaway next summer.