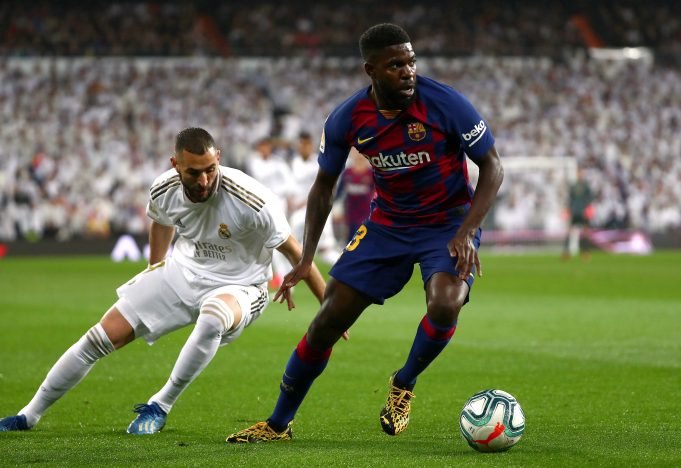 Chelsea have contacted Barcelona for the defender.

Chelsea are one of the few Premier League interested in luring Barcelona defender Samuel Umtiti. Manchester United is always mentioned when it comes to the future of Samuel Umtiti. Arsenal are also said to have knocked on the door for the player. Barcelona don’t see the Frenchman is their future plans and could opt to cash in on him this summer.

Sports journalist and transfer expert Nicolo Schira reports that Frank Lampard’s side may be considered front-runners now as they have already contacted Umtiti’s agent. Barca’s asking price for the French central defender is set at €50 million.

However, the Blues may use the coronavirus outbreak situation in their advance, since as a result of it, the prices of many players has droppped significantly this month. Umtiti, who moved from Lyon to Barcelona almost four years ago, has become the second choice behind Clement Lenglet.

SEE ALSO: Olivier Giroud Admits He Was Desperate To Leave Chelsea In January