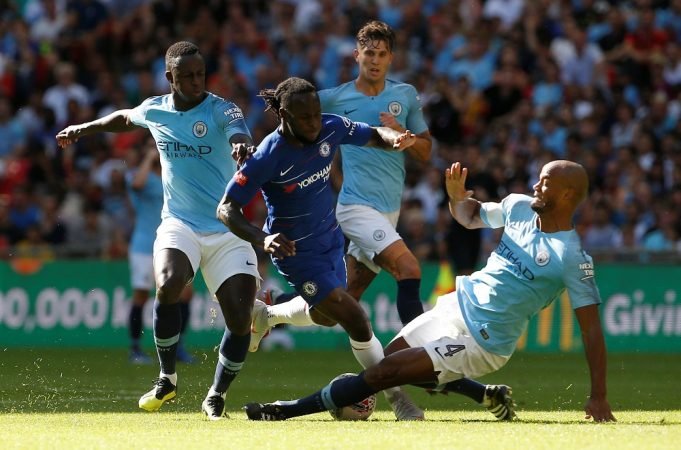 Chelsea are likely to grant Inter a discount to enable them to sign Victor Moses on a permanent basis according to a report from Italian news outlet TuttoMercatoWeb.

Moses joined Inter in the recent January transfer window in a loan deal until the end of the season with Inter having an option to sign him up on a permanent basis for a sum of €12 million.

It has been reported elsewhere in the media that Inter wish to keep a hold of Moses past the end of this season with Inter manager Antonio Conte in particular a big fan of the Nigerian national team defender.

As per this report, Chelsea will likely give Inter the discount they are reportedly seeking for two reasons. The first reason is that Moses is not part of Chelsea manager Frank Lampard’s plans and the second reason is that his contract expires at the end of next season so Chelsea would prefer to get something for him rather than risk getting nothing for him next Summer.

SEE ALSO: Karim Benzema Thinks Comparing Him To Giroud Is Like Formula 1 Is To Go Karting