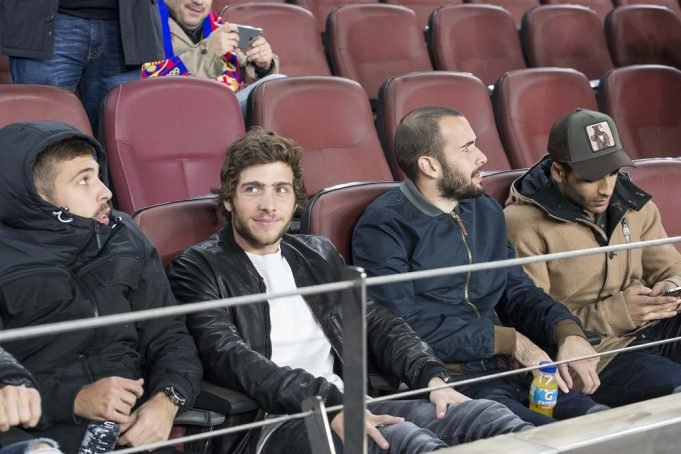 Jordi Alba is frustrated with the contract stand off

Jordi Alba joined Barcelona from Valencia for a transfer fee of €14 million, signing a 5 year contract in 2012. He has been the mainstay on the left side of the defense since then and has established himself as one of the best full-back in the world.

The Spaniard has been a regular for the club this term, seeing of competition from Lucas Digne again. He has scored 3 goals and assisted 8 in 46 appearances and helped his team to win the Domestic double.

But the Spain International is growing frustrated with a contract stand-off at Barcelona and could look for a summer move.

The 29 year old’s representative Vicente Fores has criticized the La Liga giants as he claims the club vowed to hold talks over a contract renewal but his client has been waiting for 18 months and there is no deal yet.

Fores told Sport: ” [When] Raul Sanllehi [now at Arsenal] was still at the club when they told us not to worry, that they were going to call us to renew.

“But we are still waiting. It’s been a year and a half now.

“We don’t understand anything, maybe it’s normal for Barca or maybe they’re not happy with the performances of a player included in FIFA’s XI and who is the defender with the most assists in European football.”

This has alerted both the Premier League giants Chelsea and Manchester United and may look to move for him this summer.

The Blue’s need doesn’t appear to be great as they have Marcos Alonso and January signing Emerson. But the former Roma star yet to feature prominently for the club and Alba would be a definite improvement on the pair.

But the FA Cup winners could face competition from United if they decide to move for the defender. Jose Mourinho has prioritized the signing of a left-back as Luke Shaw is expected to leave the club and could move for the player if he decides to leave Spain.

Alba still have two years left on his contract.