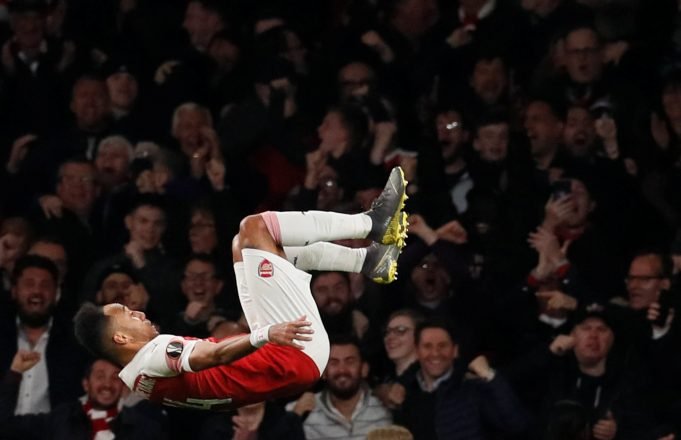 Lampard has his eye set on London rivals’ striker

Chelsea will try to shock Arsenal this summer with an offer for the star of the Gunners, Pierre-Emerick Aubameyang.

The Gabonese is the Arsenal’s main striker, he has 61 goals in 97 matches since coming from Borussia Dortmund, so the Blues want to take advantage of the fact that his contract expires next summer and this summer is the last chance for Arsenal to earn money from Aubameyang (they would be satisfied with 50 million pounds), otherwise they can lose him without getting anything and he can go for free in 2021.

According to the English media, coach Frank Lampard wants Chelsea to get involved in the battle with the other European giants for the signature of the goalscorer. Lampard believes that by bringing Aubameyang, the attacking power of the team will be greater. To make room for the Gabonese, Chelsea will part ways with Olivier Giroud and Michy Batshuayi.