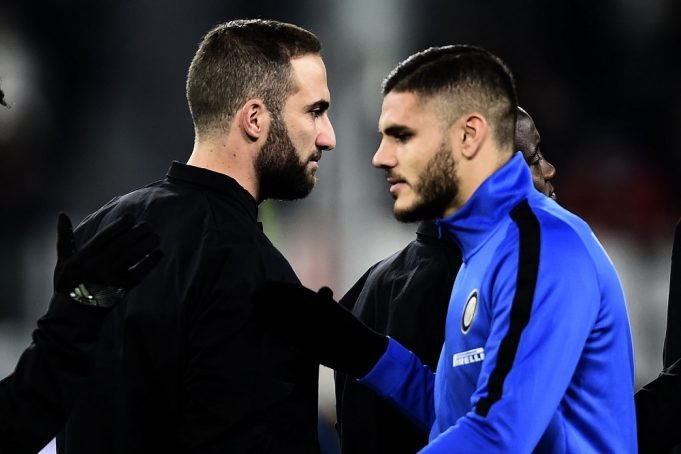 The Striker is number 1 on Maurizio Sarri’s transfer wishlist

Former Napoli boss Maurizio Sarri is the leading contender to replace former Juventus manager next season. He has done a great job since he took over the charge of the Serie a giants and helped them to finish 2nd in the league, just 4 points behind champions Juventus.

The Blue’s are expected to appoint him as their next manager for next season and the Italian has already informed the club of the players he would like them to sign in the transfer window.

Inter Milan striker Mauro Icardi is set to be a summer transfer target for Chelsea, according to  Corriere dello Sport . The striker is number 1 on Sarri’s transfer wishlist and the London club are also willing to pay his €110 million release clause.

Since joining Inter from Sampdoria in 2013, Icardi settled quickly and has been an indispensable part of the team. He has established himself as one of the best strikers in the world over the last few seasons with the Italian giants.

The 25 year old enjoyed another great season with the club, scoring 29 goals and assisting 1 in 34 Serie A appearances, sharing Capocannoniere award with Lazio’s Ciro Immobile.

The Argentina International has scored 110 goals in 190 Serie A appearances and would be a sensational signing for the English club. But they have to move quickly as his release clause is activate for few weeks only and only a foreign club can trigger it.

Juventus have also shown strong interest in the Argentine. They could make a €50 million bid for him and could involve Gonzalo Higuain in the deal.

Read Also: Sarri wants to join Chelsea on one condition