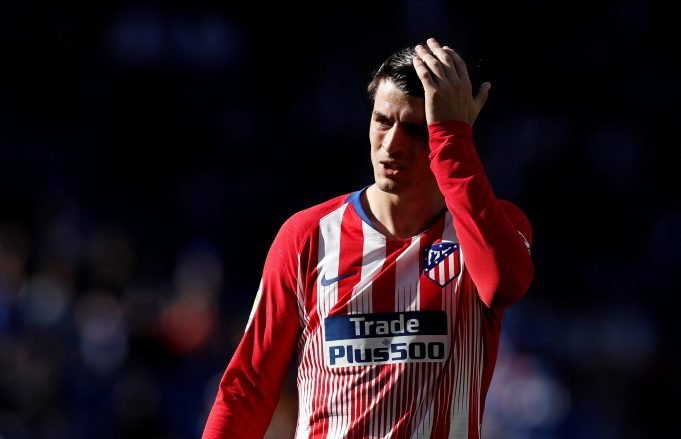 Atletico Madrid have taken Chelsea’s threat of an Alvaro Morata-recall seriously and are preparing to sign him out permanently.

The Spanish striker is currently on a loan deal at the Wanda Metropolitana after a horrid start to life in London. He was sent back to Madrid in January and is reportedly unwilling to move back to the Stamford Bridge.

Morata collected 6 goals in 15 league games for Atletico last season. He is clearly enjoying life back in his hometown but Chelsea are forcing Diego Simeone’s hand with talks of a callback.

The Blues have been hit with a transfer ban and would mind taking a second chance on the 26-year-old. They are due to have Michy Batshuayi, Olivier Giroud and Tammy Abraham in the striker front but Morata is still considered a top-grade talent.

If they fail to get him back, Chelsea hope to at least raise back the money the paid for him. Atletico, on the other hand, are set to lose Antoine Griezmann to Barcelona this summer and are in need of attacking reinforcements.

Chelsea have played their best hand in recouping Morata’s £57m transfer fee. They have already received £6.5m through his loan fees and are demanding another £50m for his permanent signature.