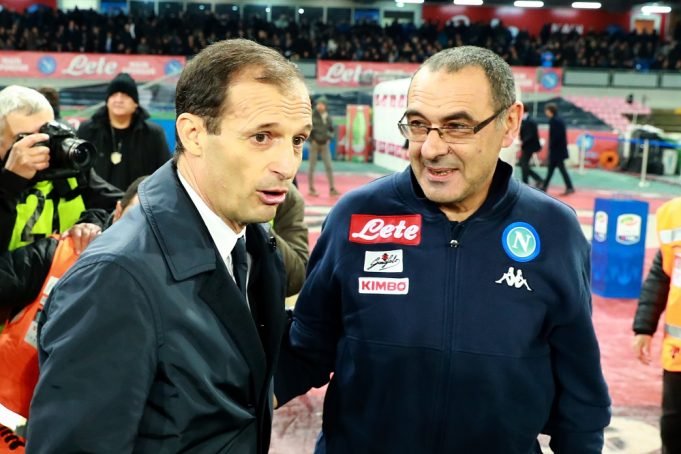 Antonio Conte has been linked with a move away this summer

Despite winning the Premier League with Chelsea in his debut season, Antonio Conte has been linked with a move away this summer. The Blues have struggled this season and are expected a major overhaul this transfer window.

They have been linked with host of managers and Juventus manager Massimiliano Allegri seems to be leading the race.

Chelsea have not given up on the prospect of luring Allegri from Juventus and Luis Enrique is no longer the clear choice to succeed Conte.

The Italian coach is aiming to win a fourth consecutive Serie A title as Juventus are currently leading the table. But he has admitted that he is ready to leave Italy at the end of the season and will to another country for his next job.

This has further intensified the rumors linking him to the Blues but they could face competition for his signature from a rival club.

Arsenal are targeting Allegri as a replacement for Arsene Wenger, according to the Daily Star.

Arsene Wenger announced that he will leave the club at the end of the season, leaving the club after 22 years. The Gunners have identified former AC Milan manager to replace the Frenchman next season.

But Chelsea are confident that they will land Allegri and if Arsenal fails, they would turn to young Hoffenheim manager Julian Nagelsmann.