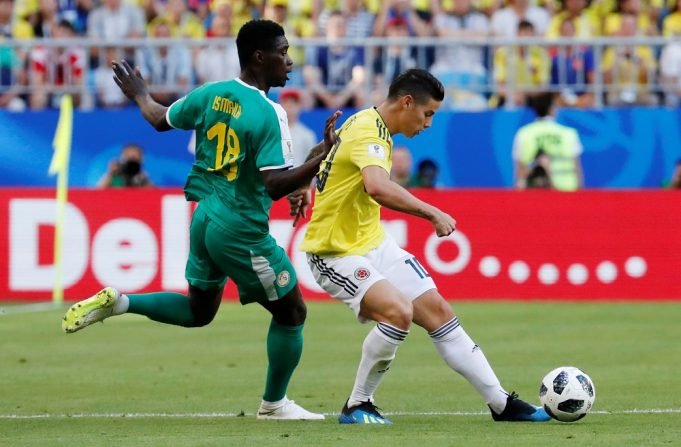 The player is wanted by other European giants too

The English side reportedly have been linked with a move for Rennes star Ismaila Sarr. The player has attracted attention from many other top European clubs too during this transfer window.

The Senegai International joined the French side from Metz for a reported fee of €17 million , signing a 4 year contract last summer. He scored 5 goals and also provided 3 assists in Ligue 1 and helped his team to finish 5th in the league, securing Europa League qualification.

The 20 year old was selected in the Senegal World Cup squad after an impressive campaign last season, saw his profile rise on the back of a star showing at the tournament.

Sarr’s representative Thierno Seydi has confirmed interest from England along with Spain as well for his client and believes he could be soon lured away by one of the European giants.

He told The Sun on the mounting interest being shown: “He is very fast with an excellent technique.

“He has the same qualities as [Ousmane] Dembele of Barcelona. They are similar players.

“I have received many calls from English and German clubs and maybe even one from Italy.

“Many agents from the UK have called me proposing to work with them and Ismaïla to get him to the Premier League.

“One Italian agent asked to speak with Juventus. The price will be around €50m-60m”

Seydi added: “We are talking about a great football player, who will play at the highest levels for the next ten years.

“I am open to discussions with all top European club. The important thing is that he goes in a team that makes him play.

“He cannot stay on the bench. Last year Barcelona wanted him. Let’s see what happens now.”