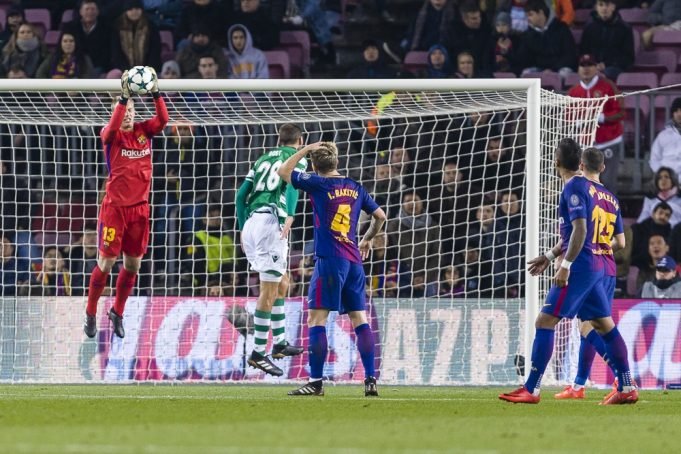 The Spanish side are also prepared to let him go

He returned to the club from Atletico Madrid in the summer of 2014 after he enjoyed 3 successful seasons on loan in Spain. Since then he has been the mainstay between the sticks and has developed himself as one of the best Goalkeepers in the world.

But the 25 year old has been stalling on signing a contract extension at Stamford Bridge for a past couple of months and could leave on a free transfer next year when his contract expires. The club are desperate to keep him but they are also open to selling him this summer rather than to let him leave for nothing at the end of next season.

The Premier League giants are monitoring few goalkeepers which includes Barcelona ace Jasper Cillessen if the Belgium International leaves them.

Netherlands International joined the Spanish side from Ajax for an initial €13 million plus another €2 million in add-ons, signing a 5 year deal in 2016. He has proved to be a reliable back-up to Marc-Andre ter Stegen over the past two years.

But Cillessen wants to leave Barcelona this summer and the club are prepared to let the goalkeeper go, reports Sport. He is now looking to move on in search of regular playing time.

He has a €60 million release clause in his contract, but Barca are expected to listen to offers in the region of €30 million. Chelsea could move for him depending on their goalkeeping situation.