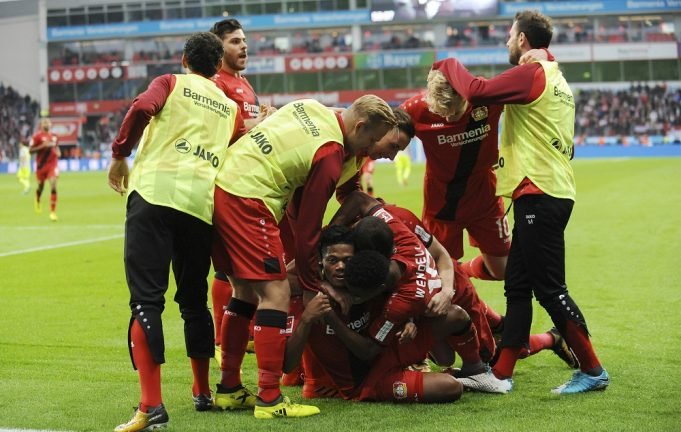 Another Premier League club could be interested in him

The English side have been linked with a move for Bayer Leverkusen star Leon Bailey for a long time and they could again focus their attention towards him.

The Jamaican was a revelation for the Bundesliga giants last season and is considered as one of the best up and coming talents playing in Europe’s top five leagues right now after a superb season with the German side.

The 20 year old scored 9 goals and assisted 6 from 24 Bundesliga appearances during the 2017/2018 campaign and helped his team to finish 5th in the league.

The winger has represented the Reggae Boyz at U23 level but has yet to accept a call-up to their senior squad. His eligibility to represent England is still up in the air as Three Lions boss Gareth Southgate remains interested if the winger can legally prove his English roots.

Bailey has put Arsenal and Chelsea on red alert as he looks to push through a move to the Premier League this summer according to The Sun. He is keen to complete the switch away before the transfer window shuts in England on August 9.

It is believed that Leverkusen could accept bid of around £35 million-£40 million for their prized asset and Sarri’s side could offer that amount if they sell Brazilian winger Willian, who has been linked with Manchester United and Barcelona.