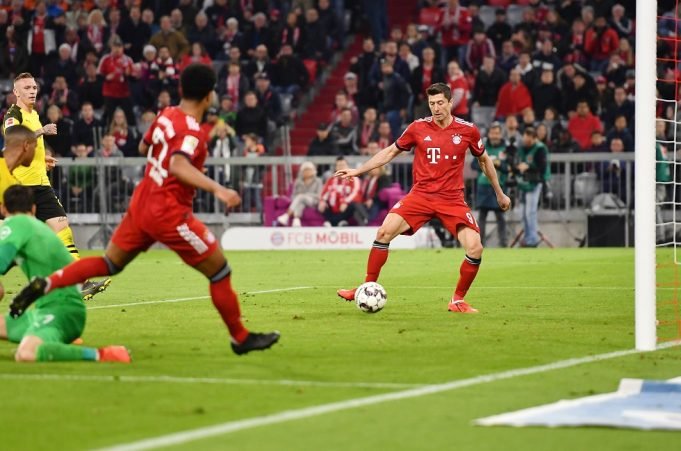 Chelsea once again have a chance to land Robert Lewandowski, according to reports.

The Sun claims that the Polish forward is ready to leave Bayern Munich for a switch to the Premier League.

His agent, Pini Zahavi wants to secure a huge final contract in his contract and only English sides seem to be offering that in the present climate. All clubs have taken financial hits due to the coronavirus pandemic. Nobody is handing out huge contracts unless the players are of real quality.

Considering how Lewandowski is viewed in world football, numerous clubs would jump to the opportunity of signing him. Luckily for him, Chelsea are in dire need of a striker. None of their summer additions of Timo Werner or Kai Havertz have worked out as expected.

Thomas Tuchel would ideally like a proper number nine in his side to balance the play. Chelsea are pursuing a deal for Erling Haaland as well but face stiff competition from several outfits. Lewandowski might be 32 but he is still performing at an elite level.

The forward knocked in over 40 goals in each of his last 6 seasons at Bayern. Chelsea need a player of his exact quality to convert the plethora of chances they create.