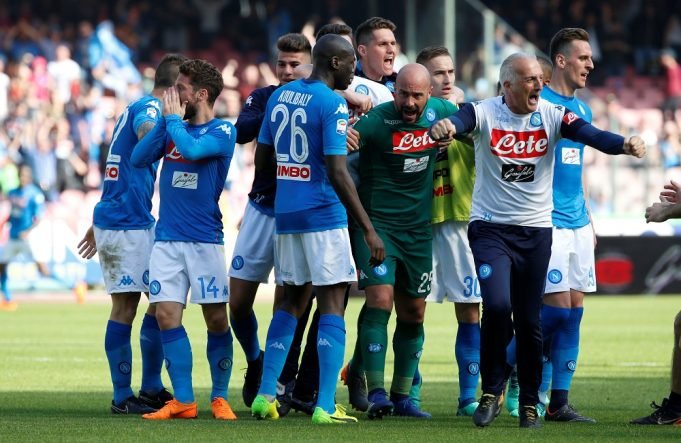 The player has been linked with a move to the Blues

The Spain International joined the Rossoneri from Napoli on a Bosman transfer back in May, signing a 3 year contract.

The 35 year old was a regular for the Italian side in Serie A last season, making 37 appearances and helped his team to finish second behind the champions Juventus.

The Goalkeeper also has Premier League experience as he made 394 appearances for Liverpool FC during eight seasons at the Anfield outfit before his move to Bayern Munich in 2014.

But Reina has dismissed the transfer links with Chelsea by claiming that they are just rumours and and he just wants to enjoy with his teammates now.

Reina told CMC as quoted by thesportsreview: “They are just rumours.

“I have only just arrived. I want to enjoy these days with the boys and integrate with the group as quickly as possible. I want to give my best, my contribution and continue to improve.”

Read Also: Chelsea add another goalkeeper in their shortlist