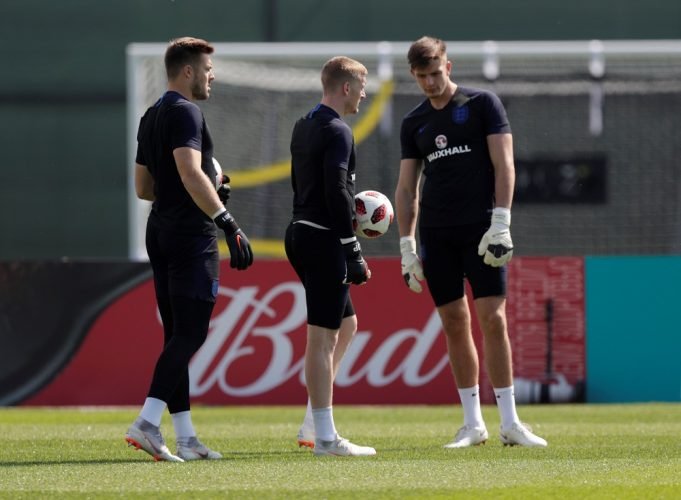 Blues have been heavily linked with a move for him

One of the unexpected areas the English side might have to strengthen is between the sticks as Thibaut Courtois continues to be linked with Real Madrid as they wants him as a long term successor for Keylor Navas.

The Belgium International has been stalling on signing a contract extension at Stamford Bridge for the past couple of months and could leave on a free transfer next year when his contract expires. The club are keep to keep him but they are also open to selling him this summer.

The Premier League giants have been linked with host of goalkeepers but have made Everton ace Jordan Pickford their top priority.

The 24 year old was one of the standout players in this year’s World Cup and helped his nation to reach the semi-finals. He enhanced his reputation as one of the top goalkeepers in the Premier League.

But Everton have no intention of selling their prized asset and are reportedly preparing to offer him a bumper new five-year deal to scare away interest.

Pickford also has insisted that he has no intentions of leaving Goodison Park and wants to help the team to finish in the top 6.

“I think it is a massive club and the club is only going in the right direction,” he said as quoted by Daily Star.

“We want to do better. We finished eighth last season and so we want to get better than seventh, get into the top six.

“The Premier League is a hard league and it is hard to get a win in any game, but we want to please the fans and make the fans happy and the way to do that is win games.”

“It is a quick turnaround but I am still fresh and raring to go,” he added.

“I couldn’t go straight back into it so I had a little break and I will go back in on Friday and get cracking and see how I feel – maybe see if the gaffer will let me have a bit of game-time on Saturday.

“I will go in on Friday and the first thing I will do is ask for some game-time on Saturday, hopefully to get the chance to play against Wolves the following week. I know myself that I will be more than ready so I can’t wait.”