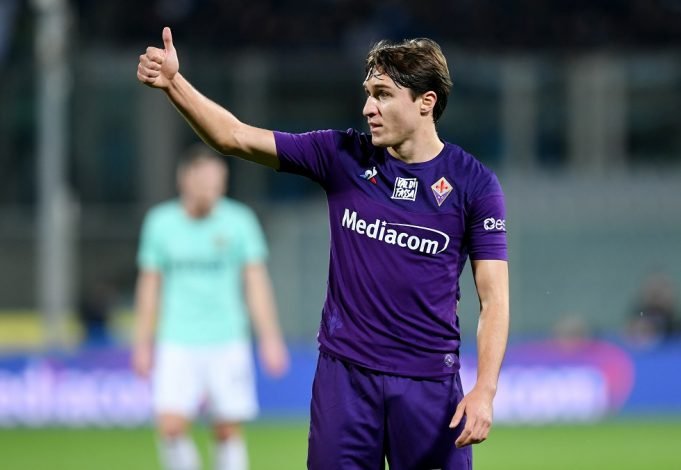 Fiorentina chief, Joe Barone offered an update on the future of Federico Chiesa.

Italian news sources claimed that Frank Lampard was fighting the likes of Inter Milan, Juventus and Manchester United for the signing of Chiesa this summer.

It is well established that a number of new faces are expected to arrive at Stamford Bridge this summer. Frank Lampard has demanded reinforcements in certain areas, especially to the defence and attack. Pedro and Willian’s departure will definitely call for replacements and Chiesa could be the ideal one.

Barone gave his thoughts on the highly coveted winger (via Calciomercato), “At the moment, unfortunately, everything is blocked, so we can only see and talk when everything is over. The President has however been very clear, our will is to create an ambitious company that can compete and obtain satisfactions, which can become a point of arrival and not a starting point for footballers.

“Then everyone is free to make their own choices. We don’t force anyone to stay, we want players happy to be in Florence, to grow in Florence and to try to achieve important goals with Fiorentina.”

There have been several other players Chelsea have been linked with recently. Lille duo, Gabriel Magalhaes and Victor Osimhen and Barcelona’s Philippe Coutinho were thought to be favourites. With Hakim Ziyech already arriving from Ajax this summer, is there a reason for Chelsea to break the bank on Chiesa?