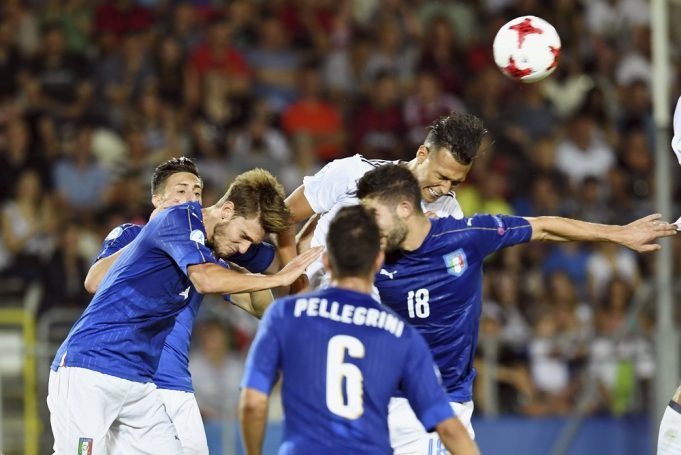 Antonio Conte’s future is still uncertain and former Napoli boss Maurizio Sarri has been linked to replace him but the Premier League giants are looking to secure new signings as they want to complete the deals as soon as possible.

One of their priorities is to bolster their defense in the transfer window as their backline struggled the most last term.

According to reports in Italy, The Blues are interested in signing Juventus star Daniele Rugani, who has previously worked with Sarri at Empoli. It is believed a meeting between the player’s entourage and the chiefs of the Serie A giants was held at Milan’s Palazzo Parigi.

The 23 year old  is a product of Juve’s academy system and made his senior debut for the club in 2015. He has made 20-plus senior appearances in each of the last three seasons, landing same number of league titles and impressing with the limited chances he got.

He is still trying to nail down a spot in the first team but has seen his playing time increase over the past year and is regarded as one of the most promising and talented centre-backs of his generation.

The Italy International is contracted with the club until 2021 but has been linked with a summer exit. Arsenal and Lazio have also shown interest in him ahead of the transfer window.

But the defender’s representative David Torchia claims that no talks have been held with Chelsea for the potential transfer of his client and confirmed that no offers have arrived.

He told Sportitalia: “I know that nobody will believe me, but I met with Paratici because it was already scheduled. I didn’t know there was going to be this storm the day before.

“We talked about how to improve the player and what to do going forward, but we didn’t set up any negotiations.”

Torchia added on the Lazio rumours: “Absolutely not, Daniele has never been offered to anyone, let alone Lazio.

“We can’t say for sure in life that the player is off the market completely, but we can confirm no formal offers have arrived.

“He is happy to be there and Juve are happy with him. It was purely a coincidence we had this meeting after those reports. I can assure you we did not talk about Chelsea.”