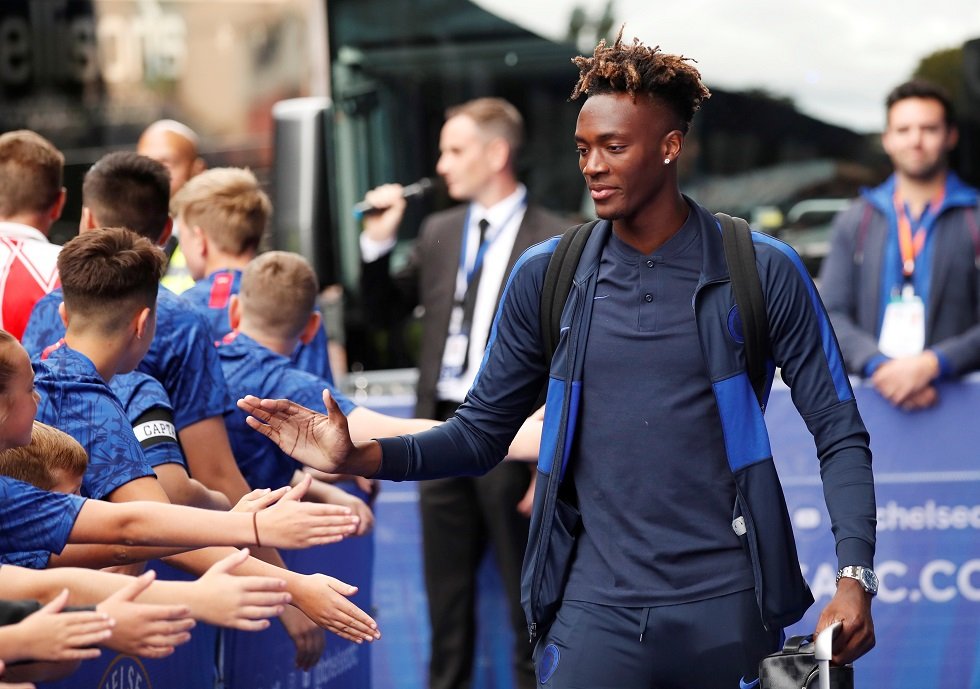 Tammy Abraham has revealed his allegiance to England in international football and not Nigeria.

The Telegraph states that the Chelsea forward is ready for a call-up from Gareth Southgate should it come anytime soon.

Fans of the African nation were eager to see the new and rising Premier League forward lace up for them in international fixtures. Abraham built up a reputation after scoring 26 goals for Aston Villa last season, in the Championship.

Maybe last season he could have been lured into playing for the Super Eagles but he has elevated his game, even more, this term. He has collected 7 goals in 8 Premier League goals this season and is already a starting figure at Chelsea, well above experienced veterans like Olivier Giroud and Michy Batshuayi.

His Chelsea teammate, Mason Mount has already earned a callup to the Three Lions senior side but competition is high for the sole striker spot. Southgate already has his picks in Harry Kane, Jamie Vardy and Callum Wilson.

If Abraham continues to maintain his scoring record, it will be hard for Southgate to ignore his talents. But as time passes, pressure might start to grow about switching his allegiance as well.

The Chelsea faithful will be hoping to see their young attacker hitting out on all cylinders under Frank Lampard. Which country he plays for? Does not matter!