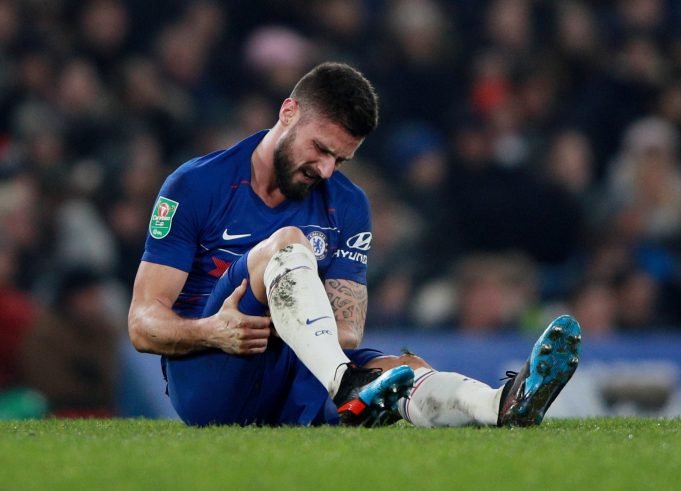 In a surprising turn of events, Olivier Giroud has been linked with a move away to Wolverhampton Wanderers after Gonzalo Higuain’s introduction into the Chelsea squad.

Maurizio Sarri has already sent Alvaro Morata out on an 18-month loan spell to Atletico Madrid and now has opened the door for the Frenchman’s exit as well.

Giroud signed with the Blues exactly one year back from rival outfit, Arsenal on an £18m transfer. He has only been considered as a second-string option throughout his Chelsea career, managing to score 10 goals in 45 appearances across all competitions.

The 30-year-old has failed to impress Sarri as well, despite making 18 appearances in the Premier League this season and slotting in 5 goals and 5 assists.

Wolves have been looking to add another forward into their attacking setup and has drawn serious links with another one of Chelsea’s strikers, Tammy Abraham. The youngster is currently spending the season out on loan with Aston Villa and is tearing up the EFL Championship with an incredible goal tally.

Nuno Espirito Santo already has an established number nine in Raul Jimenez but a secondary option is necessary to finish higher up in the Premier League table. Leo Bonatini has struggled to adjust to life at the Molineux and is expected to leave soon.

The real question lies in whether Chelsea will be able to see through the rest of the season with just Higuain as the registered centre-forward. While Giroud might not a prime scoring threat for the side, his services will be necessary in the race for a top-four finish.

Michy Batshuayi is expected to leave the club as well.

Why Chelsea should not have sold Fabregas