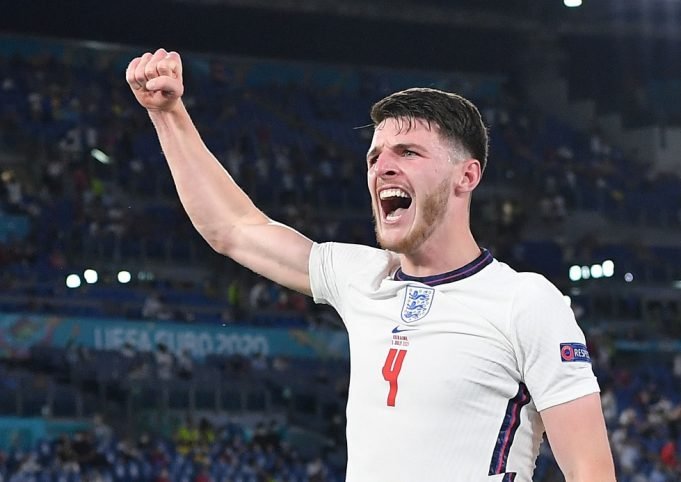 It was Frank Lampard who was pushing for signature earlier during his reign.

After Thomas Tuchel’s appointment, all speculation regarding a move quietened down for a while. Now, famed transfer specialist, Fabrizio Romano revealed that a potential move is not completely dead. According to The Telegraph, West Ham will be looking at a transfer fee of £90m to part ways with their prized asset.

“Chelsea have a strong interest in Declan Rice, strong interest. They like the player, Thomas Tuchel likes the player, so we will see if they can find an agreement. If they will open an official negotiation with West Ham again after last summer.”

He added, “It was a complicated one, but they are really interested in Declan Rice and they will be again one of the names in the list.”

Rice is currently on international duty for England, playing a key role as part of Gareth Southgate’s engine room. Rice himself has turned down contract offers from West Ham and wants to test himself at a bigger outfit.