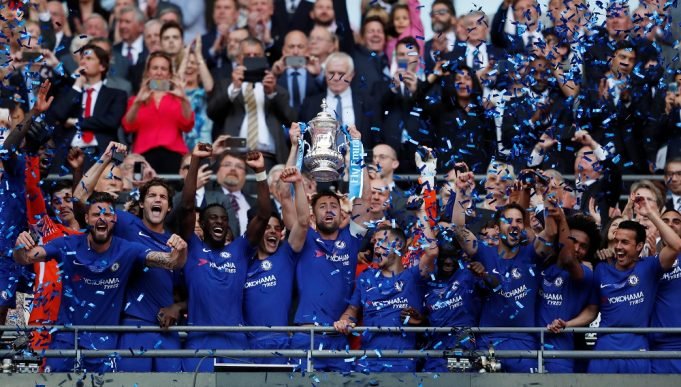 Gary Cahill was one of the important players for Chelsea during the 2016/2017 campaign in their Premier League winning campaign but he struggled to feature regularly for the club last season under Antonio Conte.

But he is yet to feature in both of the club’s opening Premier league fixtures under new manager Maurizio Sarri as he picked David Luiz and Antonio Rudiger in his back-four for the wins over Huddersfield and Arsenal.

The 32 year old has been linked with an exit as he has entered the final 12 months of his current deal and it is highly unlikely that the London outfit will offer him a contract extension.

Galatasaray have shown interest in the defender and there were reports that the Turkish giants have been given the green light to to speak with about a potential move.

But Sarri has urged Cahill to have patience for his chances in the future and insisted that he is still an important part of his squad in this season.

“With Cahill I think at this moment for a defender it’s more difficult to play in my team after only 20 days of training,” The 59 year old told reporters at his pre-match press conference, as quoted by Sports Mole.

“It’s easier for an offensive player, but for a defender it’s more difficult so at this moment he needs to have much more training with us. I told him that he needs to be patient now but that he is very important for us.”