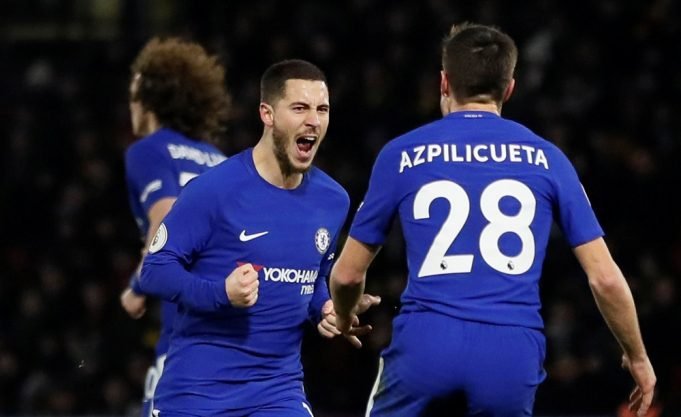 The 27 year old has hit the ground running for the Blues, scoring 7 goals and provided 2 assists in 8 games. He scored an impressive hat-trick against Cardiff City and is the current leading scorer in the league.

The winger was also in fine form for the London Outfit against Liverpool in the third round of Carabao Cup last week as he scored a stunning solo goal to win the match after coming on as a substitute.

Antoio Rudiger believes Hazard is the only untouchable player under Sarri.

The centre-back said as quoted by Evening Standard: “Everyone has to fight for their place in this team. No one’s place is safe, apart from Hazard. He is safe, I am sure about that! He is an example to the rest of us.

“We have to approach the game against MOL with the same mentality as against Liverpool last week.

“We should not underestimate anyone and must keep going. Our aim has to be to go through to the next round in first place in the group.”