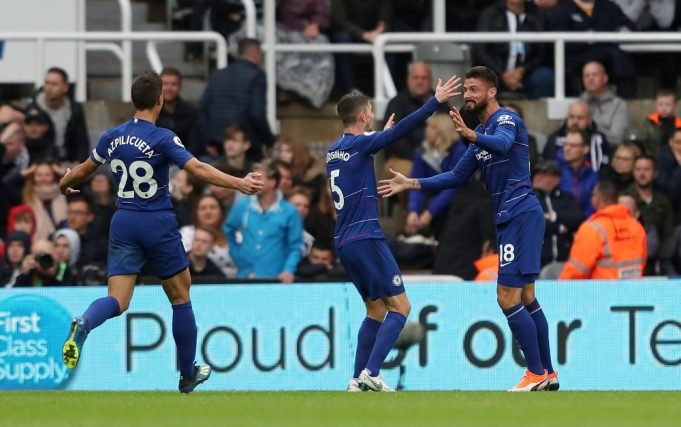 The 59 year old has brought players like Jorginho from Napoli, Kepa from Athletic Bilbao and Mateo Kovacic on a season long loan from Real Madrid during the summer transfer window. The Blues have also managed to keep hold of key players like Eden Hazard, Willian and N’Golo Kante.

However, Cesar Azpilicueta believes they must improve their open play chance creation. But admits the club have the ability to compete for trophies in all competitions.

“Creating more chances from open play is something we will work on, I’m sure,” He told the Chelsea official website after beating Newcastle as quoted by Express Sports.

“We want to control the game and have the ball, and we want to be dangerous in front of the goal. As a team we know we can improve and we will work on that.

“But the Premier League is the best league in the world, and we know you have to fight every game to win points.

“Whatever it takes we have to work hard to win games.”

We know how tough it is to even qualify even for the Champions League,” he added.

“Man City created a big gap with the other teams, and it’s up to us to fight for the title.

“Chelsea have our own pressure. We know we have won two of the last four Premier Leagues, and our standard is really high.

“We are in August, until May there is a big path to work, and we will see how far we can go.

“After the international break we will be playing every three days. It changes completely with Europe, with the cups, and we have to be ready.

“We have a good squad and we have been working really hard with the manager. We have the level to fight for everything.”