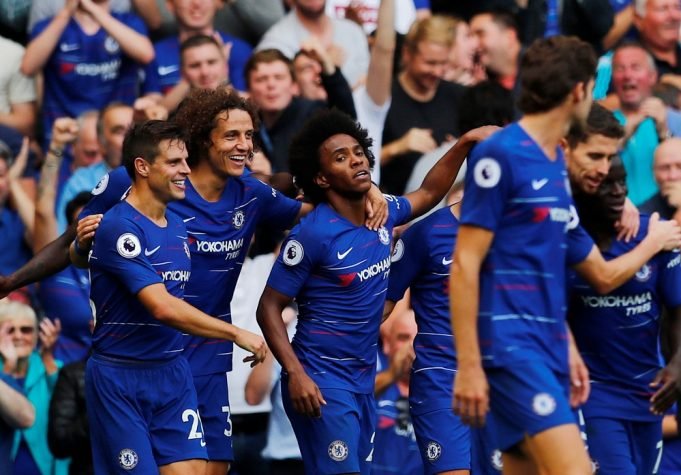 The player was heavily linked with an exit before transfer deadline

But the 29 year old was used sparingly last season by former manager Antonio Conte and mostly came on as a substitute. Though the campaign was his best ever tally with 13 goals and 12 assists in 55 appearances and and was one of the standout players, as the club finished 5th in the Premier League.

It was suggested that the Brazil International was frustrated with lack of game time and wants to leave the Blues. Both Manchester United and Barcelona were heavily linked with a move for him before transfer deadline but club decided to keep him.

However, Willian has revealed he never had any intentions to leave Stamford Bridge and is looking forward to play under Maurizio Sarri this season.

“I am very happy. Always I was happy at Chelsea,” He said as quoted by Express Sports.

“I don’t want to talk about the past.

“I am happy with the new manager and profile of football.

“I think we have a great team atmosphere and we can do everything to win titles.”

He added: “I am very proud to stay and be a Chelsea player.

“It is an honour to play at this club. I am very happy at Chelsea.

“Everyone knows what happened in the last window.

“My mind was always to play at Chelsea, now with Sarri we have a different way to play.

“He wants us to play. You can tell in the game, we play with more possession and have more fun and win five games in a row. We have to continue in the same way.”