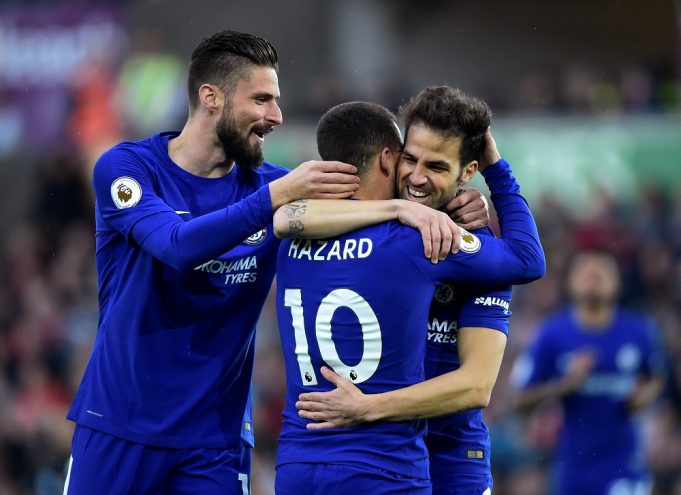 The 31 year old helped the English side to win the FA Cup final against Manchester United as they ended the season on a positive note. It was his 4th FA Cup title as he won 3 with the Gunners before leaving them.

The Striker has been surprisingly linked with a move away after joining the Blues just 7 months ago. Marseille and Atletico Madrid have both showed interest in signing him, with the European transfer window still open.

The London outfit have made a strong start to the current campaign as they won all the 3 Premier League fixtures so far this season. Maurizio Sarri has preferred Morata ahead of the Frenchman in all the games so far which further increased the speculations that he could leave.

Giroud, however, ready to stay and fight for his place at Chelsea according to Mirror.

Sarri wanted to give him an extended rest following his exertions in Russia with Les Bleus and has assured the former Montpellier star that he remains a big part of his plans.