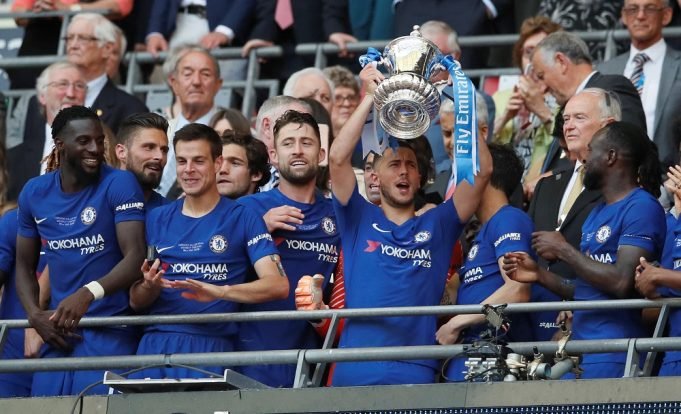 The Blue’s will miss the Champions League next season

That will be the 2nd time in 3 years that the Blue’s have finished outside the top 4. Though they ended the season on a positive note as they won the FA Cup final against Manchester United and were the only English club beside Manchester City to win a major trophy this term.

It has been reported that only few players could leave but the Premier League giants would also struggle to attract big players due to their absence in the Champions League next season.

But Chelsea’s star Cesar Azpilicueta is confident that the club cab sign world’s best players despite missing the Champions League spot. The club have won 15 major trophies in as many years and he believes it will give them an edge in the transfer market.

The Spaniard has been one of the standout players this campaign for the Premiere League giants, scoring 3 goals and assisting 6 in 48 appearances in all completions.

“Of course big players will still want to come to Chelsea because we win lots of silverware,” the Spain international told Standard Sport.

“I have no doubt that the club will get a squad that can compete to win for trophies. I am sure that will happen.

“If the club decides that we need to get players in, I’m sure we will get the quality we want.

“It was important to win this season with a trophy. It shows we are still winners. When the results are not there, people look for something else.”