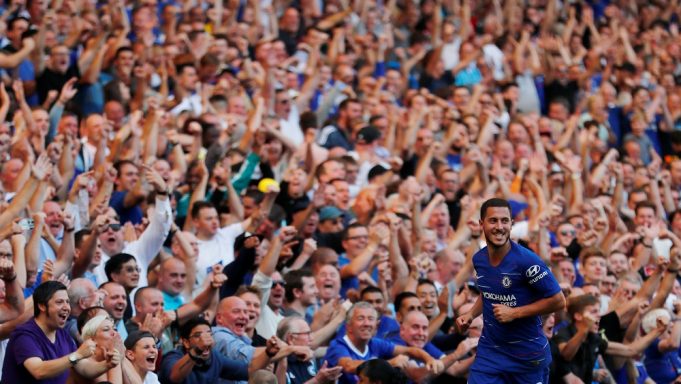 The Belgium International has scored 100 goals for the English side in 304 appearances. He has claimed two Premier League titles during his time in west London, along with FA Cup, League Cup and Europa League triumphs.

The 27 year old was heavily linked with a move to Real Madrid in the past few transfer windows and the speculations further intensified when he hinted on taking a new challenge after the World Cup.

But both the player and club’s new manager Maurizio Sarri confirmed last month that he will stay at Stamford Bridge this season and will not even leave during the January transfer window.

The Belgian has featured in all the Premier League fixtures so far this season, scoring 2 goals and providing 2 assists. The London Outfit have won all the 4 matches and are second on the table behind Liverpool.

Marcos Alonso has insisted Hazard is happy at Chelsea and never wanted to join Real Madrid this summer.

“I did not see Hazard in Madrid (this summer),” Alonso told AS as quoted by Express Sports.

“I do not know if there was interest or not but Hazard and his family are very well there (at Chelsea).”