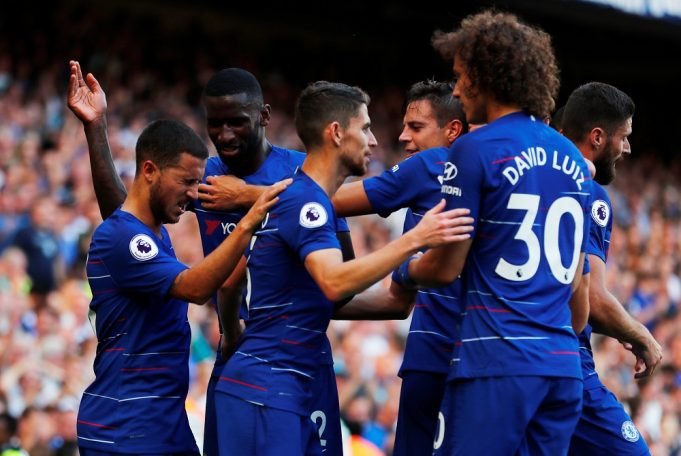 He believes the club are becoming too reliant on Eden Hazard

Chelsea have started the new campaign very strongly under the new manager Maurizio Sarri, winning the first five Premier League fixtures in a row and drew the next two against West Ham United and Liverpool. They are two points off top of the table, behind Liverpool and Manchester City.

After starting their Europa League campaign with a win against PAOK, the Blues won their Carabao Cup opener too against the Reds last week as they are still undefeated across all the competitions.

The 27 year old has hit the ground running for the London Outfit this campaign, scoring six goals in his first seven games. He scored an impressive hat-trick against Cardiff City and is the current leading scorer in the league.

Six of the club’s last nine Premier League goals have been scored by the Belgian international, who also bagged a sensational winner in last week’s Carabao Cup success at Anfield.

However, both Olivier Giroud and Alvaro Morata has struggled to score goals this season. The Frenchman is yet to open his account and the Spaniard has scored only one goal so far against Arsenal.

Antonio Rudiger has urged the strikers to step up as he fears the club are becoming too reliant on Hazard.

“We need to learn to kill matches,” said Rudiger as quoted by Mirror. “It’s not only on Eden’s shoulders. We need the other players to help him with scoring.

“He has been doing his job very well again, but the other guys must score too – Giroud, Morata, Willian have to score. As a team all of us have to provide more goals, the defenders as well.

“At the end of the day the best scorers are Hazard and Pedro, but with the quality of players we have on the pitch, it’s not too good.”