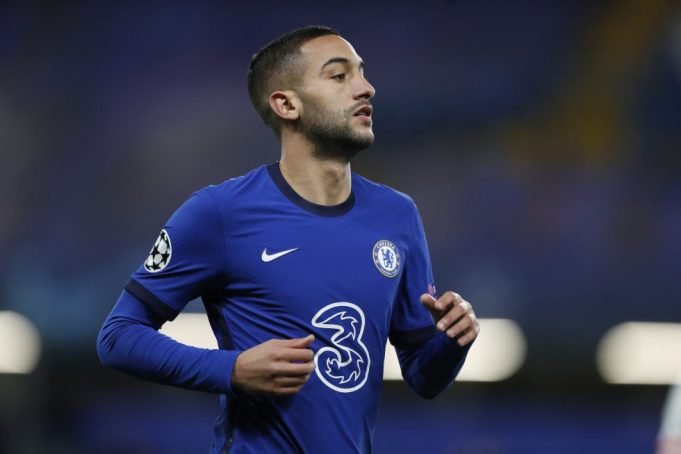 Hakim Ziyech is shy of three years remaining on his £100,000-per-week contract at Stamford Bridge.

The next transfer window is coming in two months. Graham Potter will be given the opportunity to sanction incomings and outgoings when the transfer window reopens in January.

Ziyech has not played regular football at Stamford Bridge. He has been starved of regular action, having only been afforded 172 minutes of game time.

The attacking midfielder was also ruled out of the Champions League group stage clash with AC Milan on Tuesday after missing the final training session ahead of the encounter.

Ziyech is still shy of three years remaining on his £100,000-per-week contract at Stamford Bridge.

According to Italian media outlet Tutto Mercato Web, AC Milan are interested in striking a deal which would see the 29-year-old join during the winter window.

The journalist feels the AC Milan target does not feature at the forefront of Potter’s future plans at Chelsea.

Brown told GIVEMESPORT: “I think Ziyech can probably see the writing on the wall.

“Chelsea have been willing to listen to offers for him in the last couple of windows. He doesn’t look like a first-team regular under the new manager and he certainly wasn’t under the last one.”

The 29-year-old Chelsea star netted 130 goal contributions in 165 appearances for Ajax before moving to Premier League. He scored only 14 goals in Blues outfit in 88 outings. So, it may be the right time for Chelsea and Ziyech to part ways in January.