Chelsea FC Latest News .com
Home Carabao Cup Chelsea star feels the club have given him the perfect platform to... 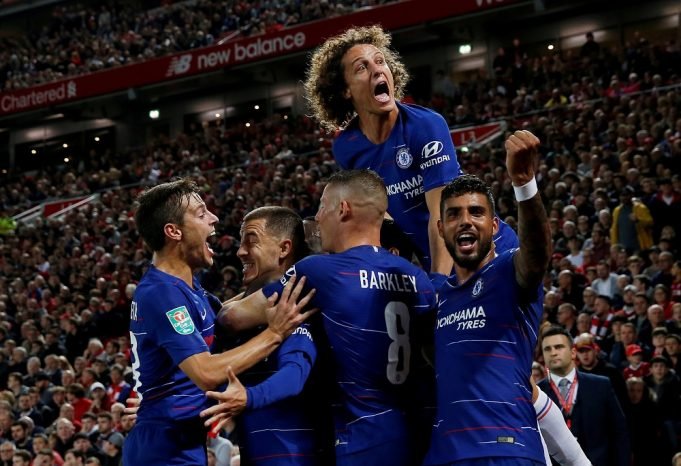 The player has been impressive this season for the Blues

The England International has featured in 5 Premier League games out of 6 for the Blues this season and has been impressive. He started in the third round of Carabao Cup against Liverpool as they won the match 2-1, with late goals from Emerson and Eden Hazard after Daniel Sturridge opened the scoring.

Barkley believes Chelsea have given him the perfect platform to relaunch his England career and is determined to make up for the lost time. He has never played for Gareth Southgate and has not been in squad since March 2017.

‘These things happen in football and you have got to take them,’ he said as quoted by Daily Mail. ‘I was injured and then I wasn’t in the squad. But you have just got to react in the right, positive way. I feel like I have done that. It’s important I let my football do the talking now.

‘I have got a platform. I’m at a massive club in Chelsea and we are going to challenge for all the titles this season. I believe that. I want to let my feet do the talking for my club and if that happens, I believe I will be back on the international scene sooner rather than later.

‘I haven’t spoken to (Southgate). I’m sure he is focused on the squad he is picking. I have had injuries and it’s all about me going out to show what I can do for Chelsea. It’s down to me to show I can be that (creative) player. I believe I can. I will keep improving – and I will show I am that type of player.’

Read Also: Maurizio Sarri hailed for his influence at Chelsea