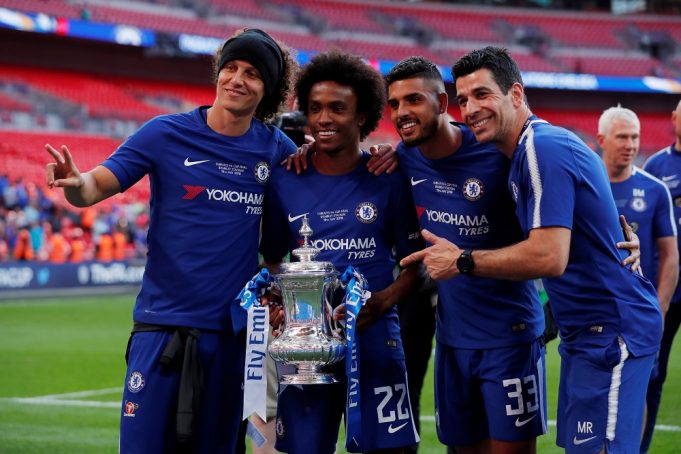 Maurizio Sarri was appointed as the Blues new manager

But after an excellent season, the 31 year old struggled for a regular run in the team last season, managing to play just 17 times in all competitions. Though he was injured for a period of team but there were reports that he had a fallout with former manager Antonio Conte.

He even missed out a place in the Brazil World Cup squad after an unconvincing campaign and it looked like his second spell at Stamford Bridge was all-but over.

However, the Brazil International has found his way back into the starting XI as new manager Maurizio Sarri considers him and Antonio Rudiger as his first choice centre-backs. He has featured in both the club’s opening Premier League fixtures, helping them to win both the matches.

Luiz has now admitted that he would have left Stamford Bridge if Conte was still the manager and is delighted to have remained.

“If the manager had stayed the same, of course, everybody knows maybe I would have had to move clubs,” he admitted to Sky Sports. “Now I’m here and so happy.”

“The ambition has to be to win every single match, every single competition, this is Chelsea we can’t think in a different way but we also have to have humility to understand we’re at the beginning of a new philosophy, so we start day-by-day every single week,” he added.

“I think every coach comes with new stuff and can improve and help us and of course Sarri are already taught me many things I never saw before.

“It’s great to understand football – it never stops – since I started playing football I always learn from every coach, it’s great.

“I think we are in the beginning, we already head everything but you have to learn in your head and pass this to your body and synchronise.

“With everybody it takes time but we’ve already played two games and got six points.”