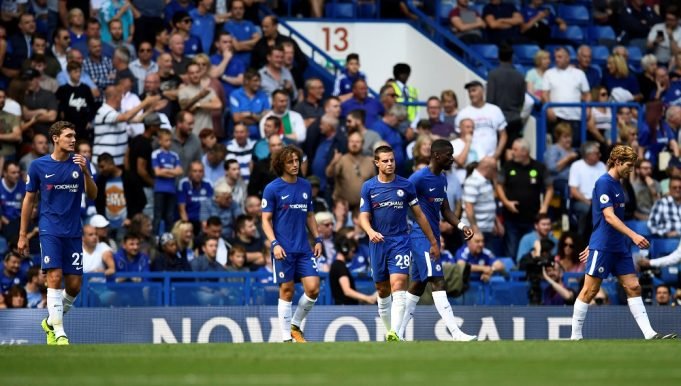 The Player also opened up the differences between top leagues

Antonio Rudiger joined Chelsea from Roma for a reported initial fee of £29 million, signing a 5 year deal last summer. He has been a regular since joining them and established himself as a key player for the club.

The Germany International featured regularly for the Blues last season, making 27 Premier League appearances and scoring 2 goals. He also helped the team to win the FA Cup final against Manchester United back in May.

The centre-back got a place in the Germany World Cup squad after an impressive debut campaign in England. But they were shockingly knocked out from the tournament in the group stage.

The London outfit appointed Maurizio Sarri as their new manager after sacking Antonio Conte and the club have begun their new era in a positive way as they won both of their opening Premier League fixtures.

Rudiger has admitted that he is enjoying life under Sarri and revealed that he felt his trust from the day one.

“He has a very concrete idea of ​​how to play football,” the defender said of the 59 year old as quoted by Goal. “As he always points out, this will not work to perfection within weeks. That needs some time!

“Personally, I felt his trust from day one. I can also talk to him in Italian!”

He also opened up about big differences between the top league as he have the experience of playing in Germany and Italy before moving to England.

“The games [in England] are faster, more intense [than in Germany] and the calendar is extremely challenging, especially if you still play internationally,” he told.

“For this you have to be physically as well as mentally prepared. I’m very satisfied with my development in England, but I have to admit that if I had gone directly from the Bundesliga to such a big English club as Chelsea, the move might have been too early. The intermediate step to Italy was absolutely perfect for me.

“From a player’s point of view, you can learn a lot in Italy tactically. For example, my former coach Luciano Spalletti had asked me after one of my first training sessions under him what I had actually been training in Germany for years,” he added.

“In England, it’s a physical thing, the pace is the highest and the teams have a very high individual class, so you can not rest for a second, something can always happen.

“At the moment, I don’t see the Bundesliga at the top in areas like tactics, pace or physique.”