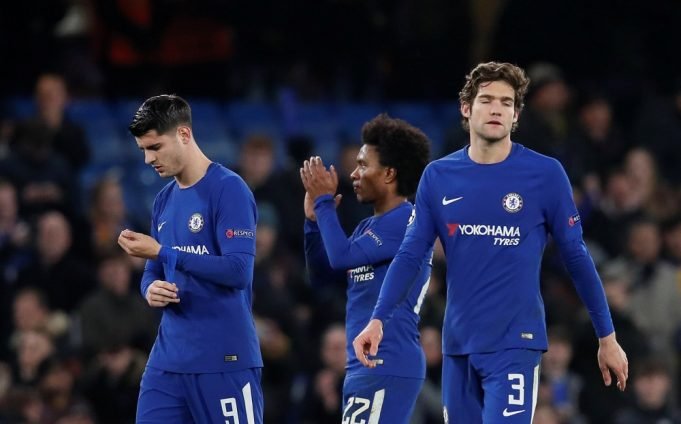 Chelsea appointed Maurizio Sarri as their new manager this summer after they sacked Antonio Conte despite his contract expiring next summer.

Former Juventus manager was tipped to leave the Blues this summer after an poor campaign last season, finishing 6th in the Premier League. He even criticized the board for not spending in the transfer window and even had a fall out with few players.

Sarri has brought 3 players this summer- Mateo Kvacic on a season long loan, Jorginho from Napoli and Kepa from Athletic Bilbao. They have started this campaign brilliantly, winning all the Premier League fixtures so far and are second in table behind Liverpool.

Alvaro Morata has shown encouraging signs of a return to form since the 59 year old was appointed as the head coach. He scored his first goal of the season in last month’s 3-2 win over Arsenal.

The Spain International joined the London outfit from Real Madrid last summer and made a dazzling start to his England career, scoring 6 goals in 6 league games. But since then he struggled to make any impact and even missed out a place in the Spain World Cup squad due to inconsistency.

The Striker has admitted that Conte’s tactics made him suffer last season and feels he is better suited to the new system under the former Napoli manager.

When asked if he feels more comfortable with the 59 year old in charge, he told Cadena SER: “Yes, yes, yes. For me, yes. It’s not for nothing, but for the style of play. It wasn’t my style of play and I suffered a little because of that.”

He joins the list of few other players who has been critical of Conte. David Luiz, who has startedall the matches so far this season, claimed last month that he would have left this summer if the 49 year old remained as the manager this summer.

Read Also: Chelsea star admits he would have left the club if Antonio Conte stayed