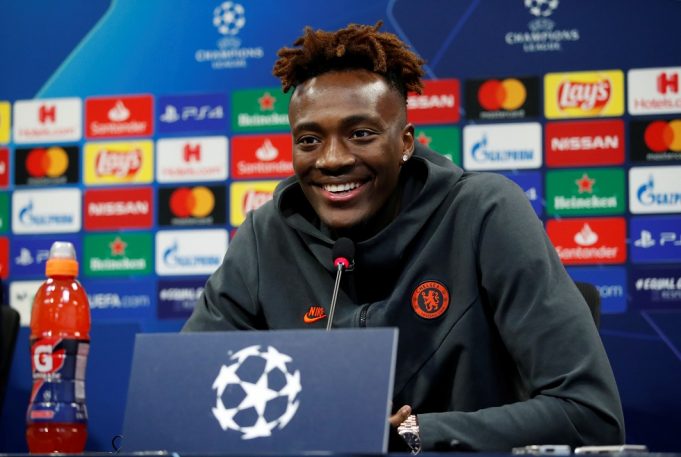 It has been reported that the Blues number nine want a pay bump of around £130,000-per-week from his current deal.

Chelsea are very eager to tie down their star number nine but have found it hard to arrive at a common ground. They handed him a new deal in 2018, before the forward was sent out on loan to Swansea City.

After spending a season with Aston Villa, Abraham has returned to lead Chelsea in scoring numbers – 12 goals in 19 Premier League games. He clearly is one of the best players in this young Pensioners team. Frank Lampard rates him highly and clearly has no problem choosing him over experienced veterans like Olivier Giroud and Michy Batshuayi.

Reports suggest Abraham wants his wages to be in parity with Callum Hudson-Odoi who got handed a £180,000-per-week deal in September. Luis Suarez has already named Abraham as one of the best young forwards, drawing speculation of Barcelona interests.

That should scare Chelsea enough to reconsider their ground. They done well to secure the futures of Fikayo Tomori, Billy Gilmour, Mason Mount and Ruben Loftus-Cheek. Now, Abraham and Reece James remain.