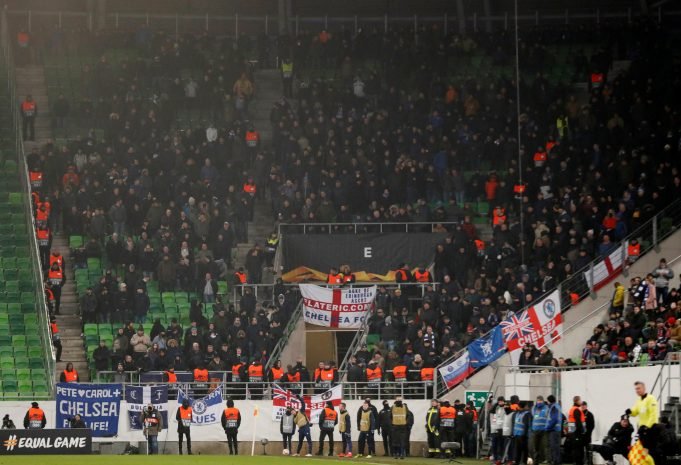 Chelsea have criticised the fans who sang anti-semitic chants during their Europa League fixture against Mol Vidi at Budapest yesterday. During the 2-2 draw, some Chelsea fans sang anti-semitic songs about Spurs fans.

Following the match, a club spokesman said, “Anti-Semitism and any kind of racial or religious hatred is abhorrent to this club and the overwhelming majority of our fans. It has no place at Chelsea or in any of our communities.”

UEFA said that they will take any action after reading the referee’s report.

Chelsea took the lead against Mol Vidi thanks to Willian before an own goal from Ethan Ampadu levelled things up for Mol Vidi. Loic Nego put the Hungarian club ahead in the 56th minute. However, substitute Olivier Giroud equalised for Chelsea in the 75th minute.

The Blues end their Europa League group as winners with 16 points. However, their winning run at the Europa League came to an end, leaving Red Bull Salzburg and Eintracht Frankfurt as the only teams who won all their group games.

Chelsea next play Brighton and Hove Albion on Sunday before locking horns with Bournemouth in a Carabao Cup quarter-final.