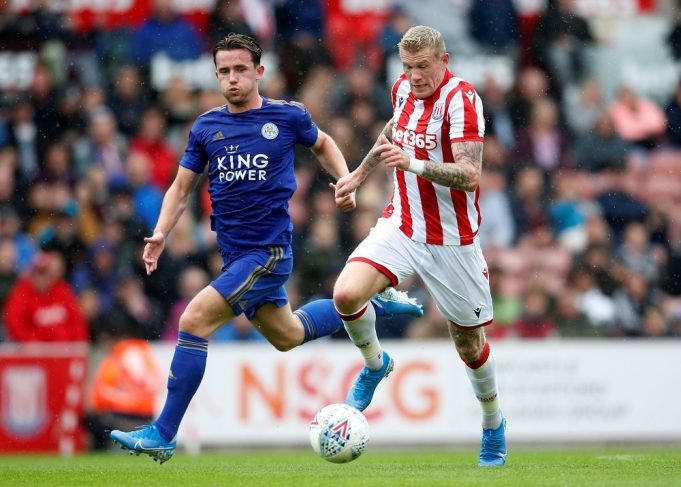 The transfer window has been the most exciting for Chelsea fans than any other Premier League club so far.

Frank Lampard has completed two signings in Hakim Ziyech and Timo Werner and is reportedly going after Kai Havertz and Ben Chilwell.

Both players could cost a fortune even if the ongoing health crisis is bound to drop the market price down by a few million. Leicester City are slowly becoming notorious for their exceptional transfer dealings in the Premier League. They made a profit of nearly £80 million in the sale of Harry Maguire to Manchester United last summer and will look to bag a similar amount for Chilwell.

The Foxes value their left-back at the £70-80 million mark. That is an obscene amount to pay for any player but such is the value of English talents within the Premier League. Chilwell has all the makings of a future star – talent, hard-work, age and experience. He has developed very quickly withing the Leicester ranks to become a regular under Brendan Rodgers.

At 23, he could man Chelsea’s backline for years at end. Even Ashley Cole has backed Chelsea to go after the youngster from Milton Keynes but his signing could disrupt the signing of Havertz. The Bayer Leverkusen is viewed as one of the best talents in Europe and signing him would be a priority.

For such a case, Chelsea have prepared two other options they can pursue instead of Chilwell – Alex Telles of FC Porto and Ajax’s Nicolas Tagliafico. Both are prominent figures in Europe with prior links to Premier League sides. Telles only has 12 more months left on his contract and will be available for far lesser than £75 million.

Tagliafico has racked up 5 goals and 7 assists this season with the Eredivisie winners. Even his signature might not break the bank as a position is likely to be opened up through Emerson’s sale.