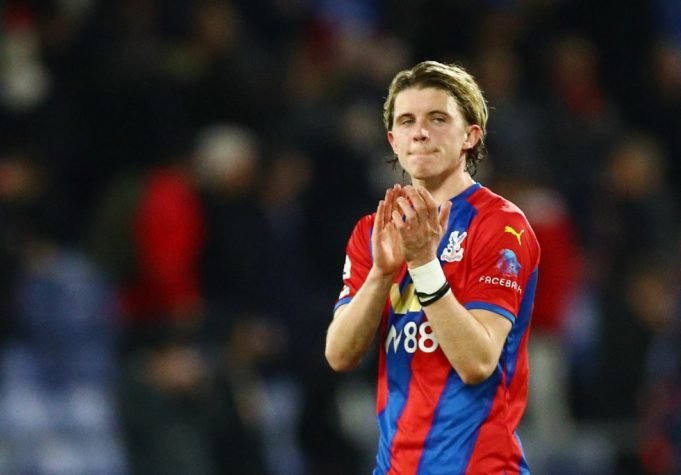 Blues would say no to the breakout Gallagher being able to play against the team who owns him.

Chelsea have rejected a request from Crystal Palace to be able to play their on-loan midfielder Conor Gallagher in the FA Cup semi-final. The Palace have earned the FA Cup semifinal ticket and they want to boost their attack.

The irony is Crystal Palace will take on Chelsea in the semifinal. They must have known the Blues would say no to the breakout the 22-year-old being able to play against the team who own him.

#Chelsea have rejected a Crystal Palace request to play Conor Gallagher in the FA Cup semi-final.

Chelsea had earlier faced such things as Atletico Madrid requesting that on-loan goalkeeper Thibaut Courtois be able to play against Chelsea in a Champions League semi-final.

Chelsea allowed Courtois to feature in the game and unfortunately, Chelsea were knocked out. However, Crystal Palace is not Atletico if we compare both sides but Tuchel is not thinking about it.

The Blues can beat Palace in the semifinal. They beat the Eagles in February 1-0 during the Premier League encounter. The current form of the Palace can trouble Chelsea.