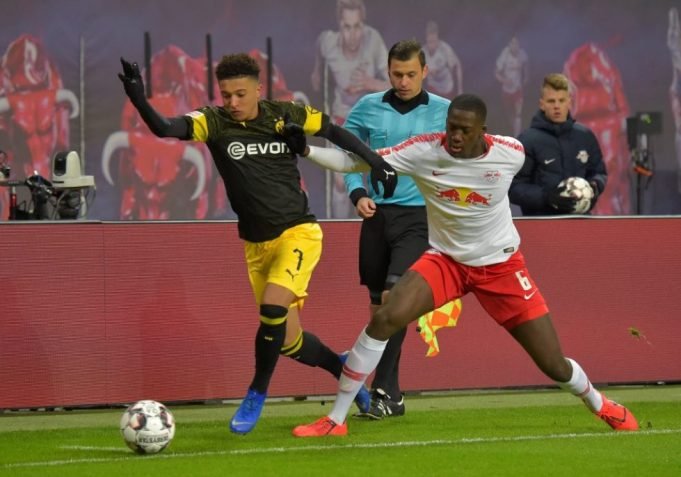 Ibrahim Konate is on Chelsea’s transfer shortlist, as per Express.

Reports claim that Liverpool could see their move hijacked by the Blues in the coming weeks.

Jurgen Klopp’s side were thought to have made significant progress on a €40m deal for the Frenchman. His release clause will be met and personal terms were also close to being agreed. But now, Chelsea pose a serious threat to their plans.

Thomas Tuchel has maintained a solid defensive record since arriving at Stamford Bridge. He has not lost a single game and has let in just two goals in an adapted back-three. The likes of Cesar Azpilicueta, Thiago Silva, Andreas Christensen and Antonio Rudiger have performed quite well.

However, Chelsea would like to revamp their defensive options. Konate is no doubt, an upgrade to quite a few of the aforementioned names. He is 21 years old, physically dominant, athletic and has put up solid performances for RB Leipzig. His name was only overshadowed by the more renowned Dayot Upamecano who sealed his transfer to Bayern Munich.

Thiago Silva is 36 now and was only added last summer as a temporary option. If both him and Rudiger were to leave, Chelsea would definitely have to sign a replacement. Konate is the prime man to fill up their defensive ranks.