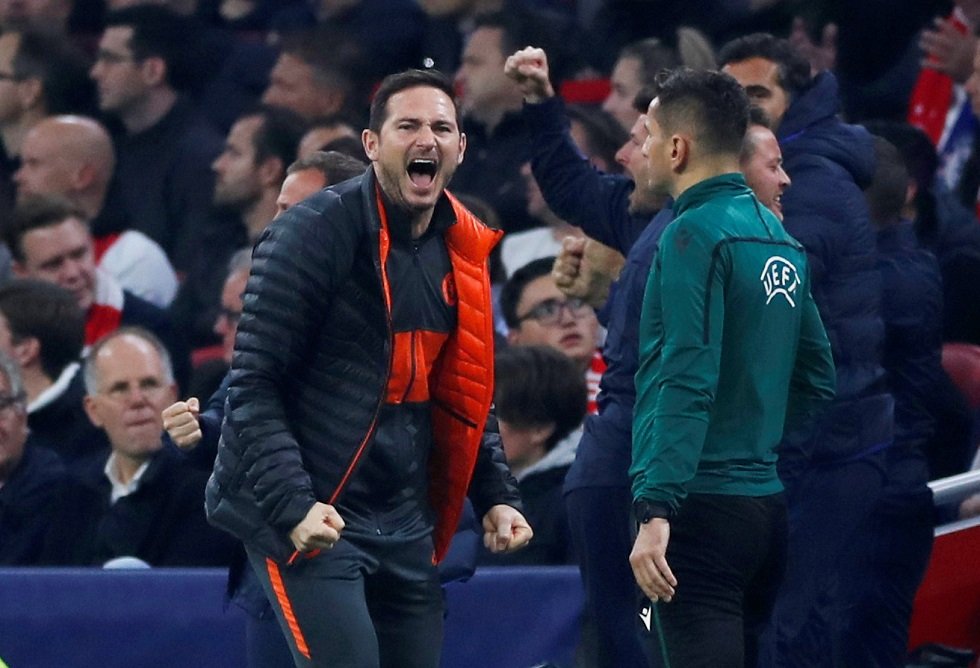 Frank Lampard tells his Chelsea players that they have “no excuse” to slip up now.

The Blues extended their winning run to six games after Thursday’s 0-1 victory over Ajax in the Champions League.

“I’m delighted with every element of the performance,” Lampard told reporters. “It feels huge – it’s just six points in the group and we play Burnley on Saturday. But I think we’re allowed to be excited tonight.”

“That’s the blueprint. There are no excuses for us now,” Lampard insisted. “That’s the standard and we can’t drop it. The young players are still babies in terms of Champions League minutes so this was a huge test for them.

“There was a good balance of young players and experience. We need to realise the things that made that happened tonight because Ajax are a top, top team.”

Ajax were semi-finalists in the competition last season which makes this win all the more impressive. The hosts held out well for the entire game but struggled to create chances on their own.