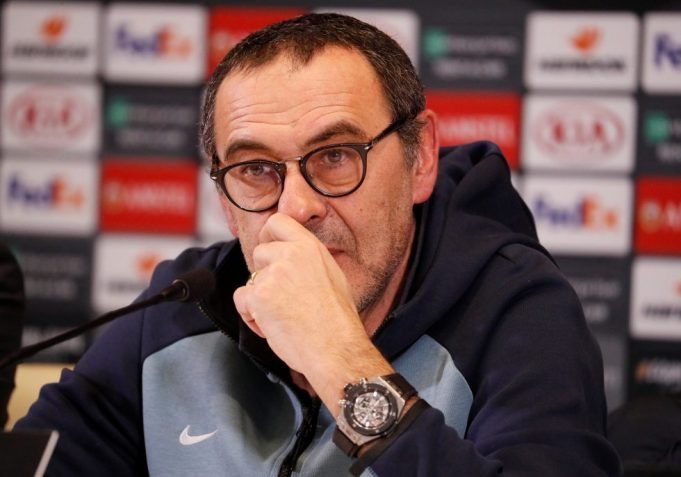 The Italian boss who left Chelsea after just a year in the hot seat, needed a fair bit of time to get his players acquainted to his managerial technique.

Sarri’s one season at West London was relatively a success, given just how disruptive it became in the dressing room. He handed the Blues their second Europa League trophy and also finished in the Premier League top four against all odds. He eventually signed with Juventus last summer, allowing Frank Lampard to take his place.

“I had a conflicted relationship with the Chelsea dressing room but, when I told them I’d be leaving, many of them cried,” he told Juve’s official YouTube channel. “I’m not so much a person who pats others on the back. I talk a lot about what they do wrong and less about the good things they do.

“I think that has a big impact, but then they learn to appreciate you for who you are. The longest relationships are with the lads I played least, so I think they recognise something once they absorb your character.”

Sarri was convinced that he had earned the players’ trust by the end of the season. He added,“I would never live there [again], I don’t understand how the Italians who are there do it. As for the football, it’s a different story. I miss the Premier League. It has an extraordinary technical level and an incredible atmosphere.”