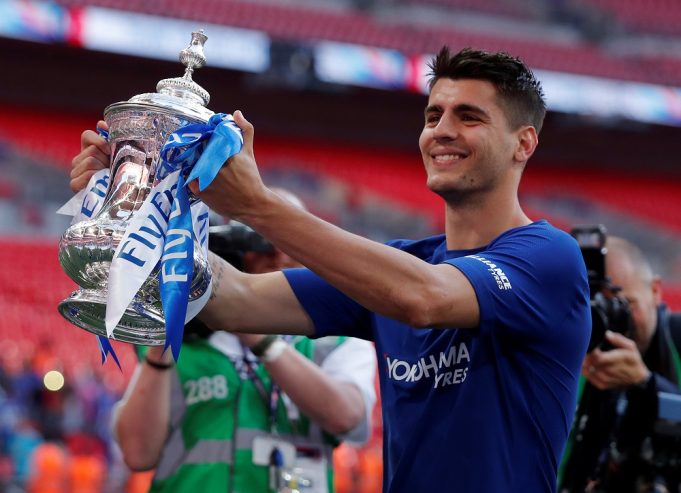 The Spaniard has been heavily linked with a summer exit

Despite a dazzling start in England, with eight goals in his first seven games, the 25 year old has struggled to find his feet in the Premier League last season. He also struggled with mysterious back injury which kept him sidelined for a long period.

The Spain International has just scored 15 goals 47 appearances in all competitions in 2017-18 campaign, with 11 of them coming in the Premier League. He even missed out on Spain’s World Cup squad due to his poor form.

The Spaniard has been heavily linked with a return to Italy with AC Milan one of the clubs shown strong interest him ahead of the transfer window.They are looking to sign a marquee striker this summer and they have singled out him as the man they want.

The Italian giants also have held initial talks with the forward’s representative Juanma Lopez on about a potential move in the summer. Though the player did not attended the meeting himself.

The Blues however, would want to recoup the £60 million they paid for him last summer and that could be a stumbling block. Such a transfer fee is simply too high for the San Siro side but, according to Corriere dello Sport as quoted by Talksport, they have found a way round it.

Milan are sensationally offering Gianluigi Donnarumma to Chelsea as part of a deal for Morata.

The FA cup winners are currently sweating on the future of their own goalkeeper, Thibaut Courtois, who has a year left on his current contract. They could be tempted by the chance to sign the Italian, who at just 19 has plenty of years ahead of him.