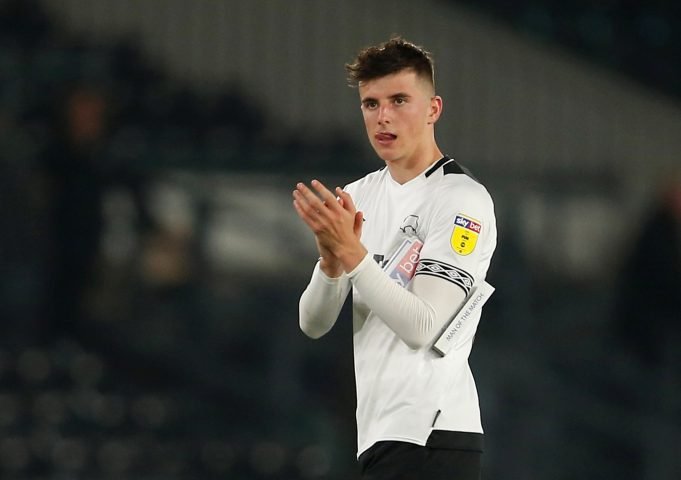 Chelsea have begun negotiating Mason Mount over a new contract and are confident that the returning midfielder will accept.

This could be the inevitable work of Frank Lampard, who will be announced as the new Blues boss soon enough. Mount enjoyed a prolific season under Chelsea’s record goalscorer in the Derby County ranks.

Both Lampard and Mount came very close to earning the Rams a promotion to the Premier League. The chiefs were impressed enough with Lampard to give him the vacant spot left behind by Maurizio Sarri and the first bit of business he seems to have addressed is the youngster’s long-term future.

Chelsea are currently promoting a lot of players from within as reports claim that Callum Hudson-Odoi is about to get tied to a £100,000-per-week five-year deal. Ruben Loftus-Cheek has already signed an extension worth £150,000-per-week.

Other than these two academy prospects, Mount has been regarded as one of the best players to come out of Chelsea’s youth setup. He spent the 2017/18 campaign with Vitesse Arnhem and ended up being named their player of the season.

He continued his development in the Championship last term, even earning a call-up to the England senior team somehow. For the first time in Chelsea’s recent history, their academy youngsters have a chance of breaking into the senior side with the transfer ban they are facing.

Mount deserves to be optimistic about his chances with the new direction the South West London outfit has taken on.