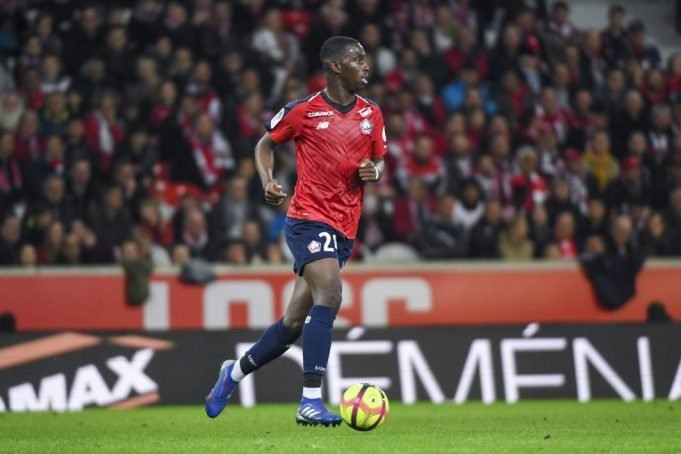 Chelsea are reportedly eyeing a move for Lille’s Boubakary Soumare.

All summer long, the Blues were linked with a move for Declan Rice which never materialised.

Frank Lampard tried to make a final push for the West Ham man but to no avail. The Hammers’ asking price was simply too high for Chelsea who had already spent their summer budget on other areas of the pitch.

Rice still ranks next on their recruitment plans but there is no guarantee over a deal being struck. This is where Soumare comes in, a proming young French midfielder who has been strongly linked with a Premier League move himself.

Lille were willing to listen to offers for Soumare this summer but none met their valuation. Instead, other stars from their young squad made their way out – Victor Osimhen to Napoli and Gabriel Magalhaes to Arsenal.

Soumare has been likened to Paul Pogba, due to his frame and technical ability. But the 21-year-old has more all-rounded game than Pogba and is capable of playing in a much deeper role.

“In terms of Boubakary, as we play with two in the midfield. The door is open if he wants to leave, but for the others, we will have to discuss.

“We have had important offers from clubs where he did not want to go. All three parties have to agree for a transfer to occur. He’s quite impatient to play & that’s normal. It shows ambition. He will undoubtedly leave the club, the door is open. We have concrete offers. We will talk in the coming days.”