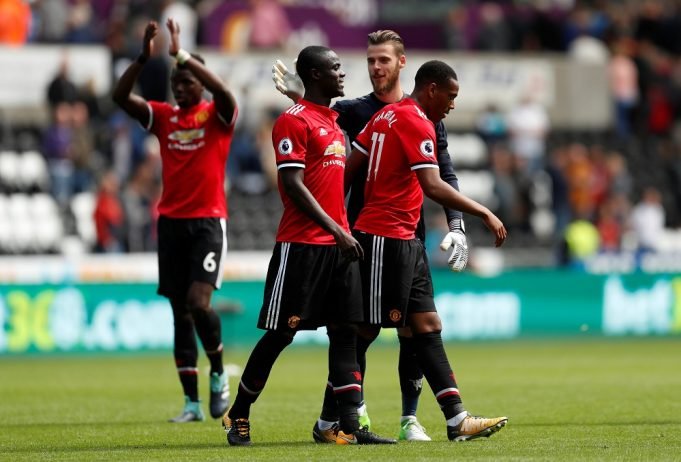 Jose Mourinho has overlooked the defender in recent games

After winning the Premier League title last year, Chelsea are having a disappointment campaign this season. They are currently at 5th position in the league and still fighting to finish in the top 4 in order to qualify for Champions League next season.

The Blues are expected to overhaul their squad especially the defense, as their back line struggled the most this season. Antonio Conte is looking to reinforce their defense in the summer and few players could leave in order to accommodate new signings.

Chelsea are monitoring Eric Bailly’s situation at Manchester United ahead of the summer transfer window, according to ESPN, as quoted by the Daily Mirror.

Bailly joined Manchester United from Villarreal in the summer of 2016 and was one of the outstanding players last summer. He has been a regular in the team this season also but has been frozen out by Jose Mourinho in recent games despite being fit.

According to same reports, the 24 year old is worried about his future at Old Trafford after falling down the pecking order in recent games. Though Mourinho claimed that he is giving other defenders the chances to play before the World Cup as the Ivory Coast International is not going.

Despite that Chelsea are monitoring his situation and will move for him if he is let go by United in the summer.