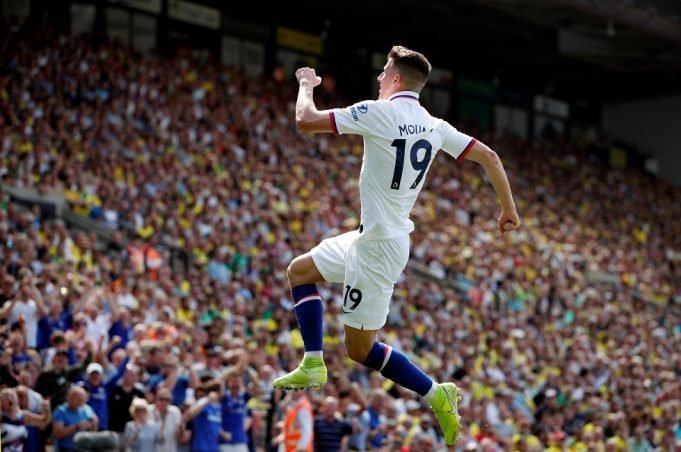 England midfielder Mason mount has offered an apology to his club manager Frank Lampard after being spotted playing football in public with Declan despite being expected to be isolation.

Mount was snapped playing with his West Ham counterpart Declan Rice at Trent Park Football centre, near Barnet on Sunday while he was supposed to be in self-isolation due to the Coronavirus outbreak.

According to reports from the UK, the player who is expected to be handed a fine for his behavior reached out to manager Lampard to apologize for his action with the coach said not to have been impressed by him. Lampard and Mount spoke over the phone and the player said sorry having been reminded of his responsibilities by the club. That warning was also extended to all of Chelsea’s players.

Chelsea announced their players would be following government guidelines and self-isolating after Mount’s teammate Callum Hudson-Odoi tested positive for the condition last week.

The development saw Chelsea order its players to stay away from their Cobham training ground for 14 days and they were urged to report anything to the manager if there was anything they needed the club’s attention.