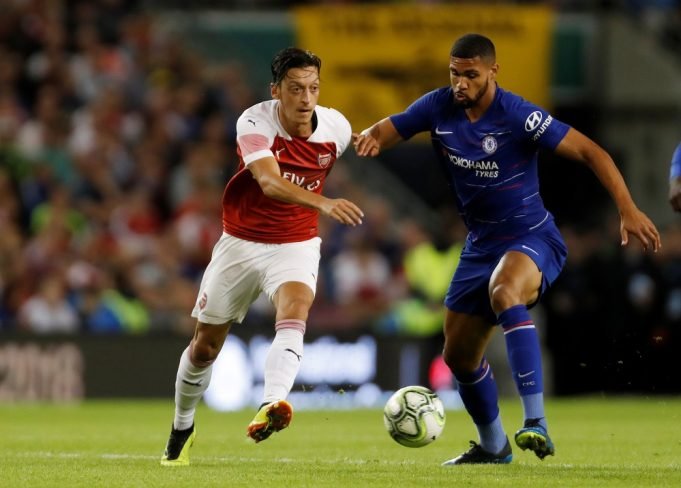 He was selected in the England World Cup squad and made a dream full debut in the 6-1 Group G thrashing of Panama, which enhanced his reputation even further.

His future has been uncertain whether he is in the plans of new manager Maurizio Sarri, with the arrival of Jorginho and Mateo Kovacic he could fall further behind the pecking order. They already have N’Golo Kante, Cesc Fabregas, Ross Barkley and Danny Drinkwater fighting for a place in the starting XI.

The player featured for just 20 minutes in their first Premier League game before being left out the following week against Arsenal.

There were reports that the London outfit had hold crunch talks with the England International to discuss his future and assured him that he will be given chance this season to prove himself.

Ruben Loftus-Cheek could still leave Chelsea on loan before the end of the transfer window, The Mirror says.

He wants more playing time and is ready to go on a season long loan if the club can’t assure him regular minutes. The European transfer window is still open until the end of the month.

Read Also: Chelsea are unwilling to listen offers for their player