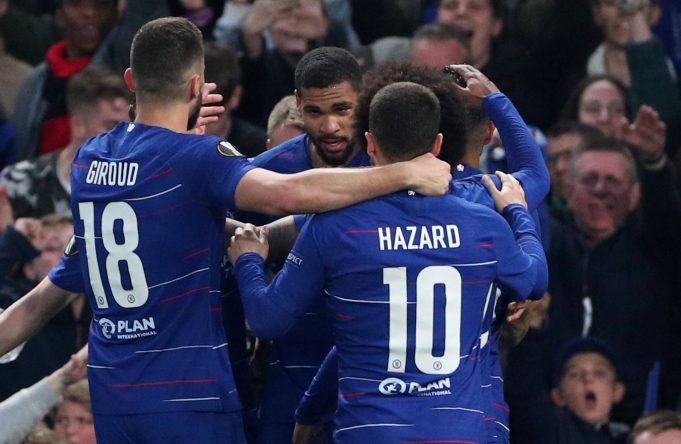 Ruben Loftus-Cheek has agreed to extend his contract with Chelsea but only if he is guaranteed a starting spot next season.

The midfielder got to start only 6 games under Maurizio Sarri this term, only playing regularly in the Europa League. The Blues are eager to secure his long-term future but might find it hard to fulfil his demands.

Maurizio Sarri has taken his time to vet the Englishman in the Chelsea midfield trio. Ross Barkley and Matteo Kovacic has mostly shared the third spot alongside Jorginho and N’Golo Kante.

With Kovacic returning to Madrid after completing his loan spell, a starting spot can open up for Loftus Cheek but that all could depend on Sarri and a few other factors.

Chelsea are still waiting on their appeal to the Court of Arbitration for Sport about lifting the transfer ban set on them by FIFA. If they are allowed to sign players, it is almost certain that Sarri will demand for more additions.

Meanwhile, Loftus-Cheek has managed to prove his worth to the Italian boss. He has turned out to be an indomitable force in midfield with a very nimble touch of the ball.

The only issue has been the 23-year-old’s close relationship to injury. He is prone to going down easily with a history of back problems.

Chelsea fans surely will be delighted to see more of Loftus-Cheek next season. The 2018 World Cup player has developed into a fine creative force, capable of scoring goals just like a Blues legend, Frank Lampard.