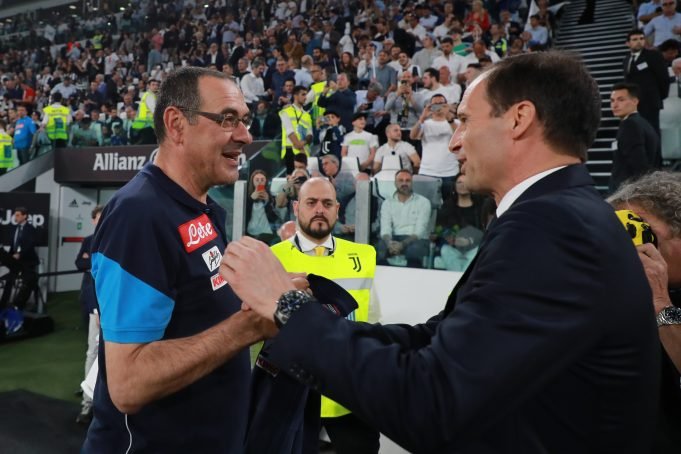 Maurizio Sarri could be on his back to Italy as Juventus are reportedly targeting him as a replacement for their departing manager Max Allegri.

The Chelsea manager had been destined to leave the club but given their recent results, the former Napoli man could defy the odds if Chelsea manage to lay their hand on the Europa League trophy.

Allegri confirmed he is going to end his five year long association with the club and the Turin giants have already started searching his successor. They are believed to be inclined towards hiring either Pep Guardiol or Mauricio Pochettino but both of them are unlikely to leave their respective clubs.

Sarri’s decision to ignore Callum Hudson-Odoi and Ruben Loftus-Cheek for the first part of the season saw the supporters staging protest against him. Also, questions have been raised over the position of N’Golo Kante as the manager mostly used him in an advanced position.

With the impending transfer ban looming on them the West London giants would be very keen to hold on their manager as it would be difficult to execute a plan without a proper vision.