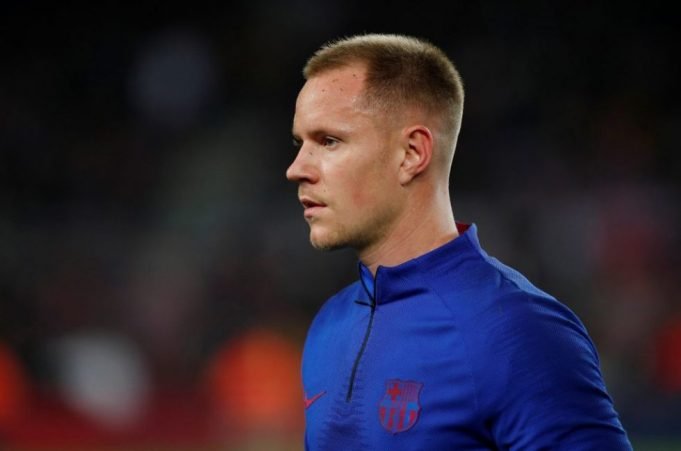 Chelsea are desperately looking to replace Kepa Arrizibalaga and we are seeing a string of names linked to the club.

The most recent one is Barcelona’s Andre Ter Stegen right after Andre Onana, Yan Oblak and Burnley’s Nick Pope.

Spanish news outlet, Mundo Deportivo claims that the Blues are planning an audacious swap deal for Barca’s German shotstopper. Kepa is still Spain’s number one choice despite his poor form in goal. Chelsea will bank on that aspect to squeeze out a deal but it seems highly unlikely.

Ter Stegen is one of the best goalkeepers in the world and arguably deserves to be Germany’s number one choice over Manuel Neuer. He has enjoyed success with Barca ever since he switched from Borussia Monchengladbach in 2014. He has won four La Liga titles and Copa del Rey honours along with a Champions League medal in 2015. Chelsea cannot promise the same level of silverware right now but they are showing a lot of promise under Frank Lampard.

With two of his German compatriots headed towards Chelsea, Timo Werner and Kai Havertz (yet to be finalised but the deal is close), Ter Stegen is tipped to follow suit. It would be a massive triumph if Chelsea manage to get rid of yet another poor signing just like they did with Alvaro Morata.