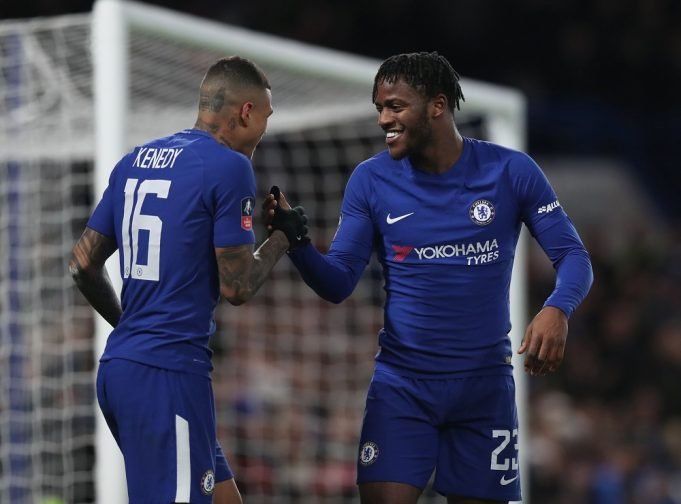 The player sees his future at the Stamford Bridge

Chelsea signed Kenedy from Fluminese for a reported fee of £6 million in the summer of 2015. But struggled for regular game time as he faced competitions for a starting place in the team.

The winger was also behind the pecking order under former manager Antonio Conte at the beginning of the last season and was eventually sent out on loan to Newcastle United in order for more first team football in the January transfer window.

The 22 year old impressed for the Magpies under Rafa Benitez, scoring 2 goals and providing 2 assists in 13 appearances. He was a hit there and even earned a lot of praise from the Spaniard.

There was a significant interest in the Brazilian during the summer transfer window, with RB Leipzig and Paris Saint-Germain were reportedly interested in him. However, he again joined Newcastle United on a season long loan as club’s new manager Maurizio Sarri couldn’t promise him regular game time this season.

Kenedy, however, wants to return at Stamford Bridge when his current deal will expire and wants to break into the first team under Sarri.

“It is not that I didn’t succeed at Chelsea,” said He told UOL Esporte of the club where he made just 27 appearances before being loaned out.

“I arrived at 19, very young. It was good to be loaned to get more playing time; better than staying at Chelsea and not playing.

“I hope this year I can make a good season for Newcastle and go back to Chelsea to continue.

“I have a dream to return and to be a champion for the club.”

“Just being in the Premier League is already a great achievement,” he added. “A lot of people come and can’t play.

“For me, it’s been very good. My dream is to win a major title.”