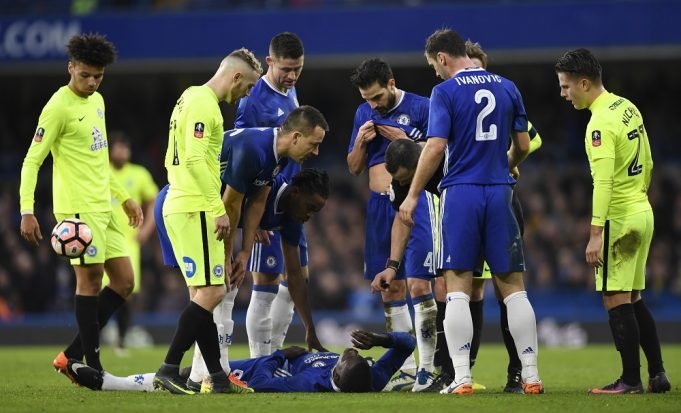 The player believes he will ultimately prove himself at Stamford Bridge

Chelsea defender Kurt Zouma joined Everton on a season long loan after Maurizio Sarri confirmed his first team opportunities will be limited this season. He has made only 43 Premier League games for the club since joining them.

The France International joined the Blues from Saint-Étienne on a five-and-a-half-year contract for a fee believed to be around £12 million, after establishing himself an one of the best young talents in the world.

However, the 23 year old struggled to break into first team as the club already had well-established defenders, with serious injuries also hampering his chances to continue hus development.

He spent the 2017-18 campaign at Stoke City, making 36 Premier League appearances for them. However, he was unable to stop the Potters dropping into the Championship.

Zouma has insisted that his Chelsea career is over and believes he will ultimately prove himself at Stamford Bridge. He feels he can come back and just need some game time under his belt.

“I will go back, yes,” said the centre-back as quoted by The Guardian.

“I have always believed in myself since I started playing football at 16. I have always wanted to show myself at Chelsea since I have been there. I know my injuries stopped me in the way I wanted to play but injuries are part of football and I want to show people I can come back and play there. That’s why I need some game time at Everton here because they are a good team.”

“The manager arrived late and we didn’t know what was the plan of the club,” he added. “At Chelsea there were a lot of defenders. I knew I needed to play regularly so I didn’t want to stay on the bench and wait for my chance after two or three months, so that’s why I wanted to go.

“I spoke with the manager and he agreed with me. I knew at Chelsea they had five central defenders already. He plays with four at the back, so there are only two who play. I didn’t want to wait and he completely agreed.”

Read Also: Top five Chelsea players with the most tackles in 2017/18